Une Misère celebrated the release of their 2019 album SERMON with a hometown release show at ÐNÓ, Reykjavik Iceland. Now, the band have released the live audio and footage from the show, in the form of SERMON Live.

“On December 14th, 2019, we played our release show in Iðnó, Reykjavík. We put everything into the show, both physically and mentally and the reward was way more than what we had expected,” the band says. “The atmosphere inside that venue, the mindset shared by all those who attended and by those who were working the show – it all came together. We want to thank everyone involved for helping us make this a reality. Our Sermon lives forever!”

SERMON Live is out now via Nuclear Blast, available to stream or purchase HERE.

The original version of SERMON is available to stream or purchase HERE. 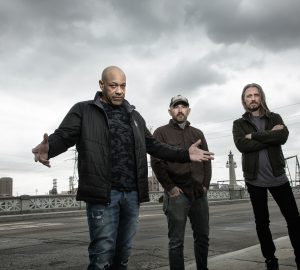