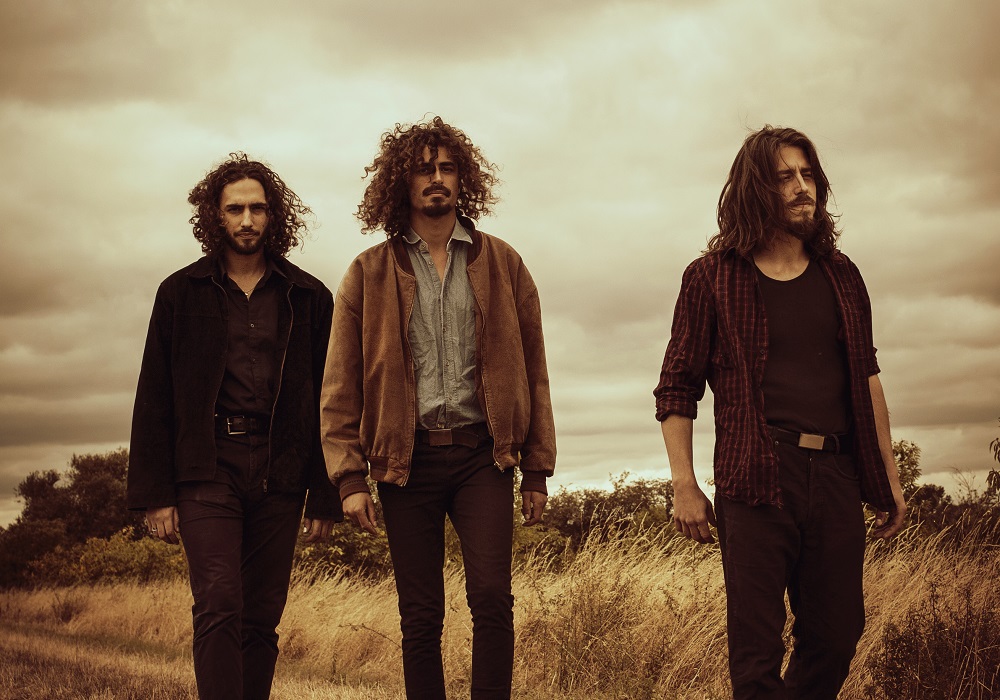 Last year French power blues trio UnCuT released their vibrant debut album Blue, blending rock influences ranging from the 70s through to the present day. We caught up with the band to discuss their formation, their first musical memories and more.

Hi. We are Pablo – drummer, Alexy – singer/guitarist and Enzo – solo guitarist. The three of us come from Poitiers, a rock ‘n’ roll city where it’s good to live in France.

We met in 2016 and the band was formed in October 2016. We jammed for at least 45 minutes, we had recorded everything with a zoom, and while listening again we said to ourselves that it was absolutely necessary that we should perform on stage to share our music. There was a great alchemy from the beginning!

Pablo: My parents and my brother are musicians, it’s always been in my blood.

Alex: My parents organised gigs at home, it’s at five years old that I started to piss them off to play guitar.

Enzo: I was 10 years old when I started to play guitar, my dad has guitars at home, it was quick to get started.

What are the band’s main influences?

The influences vary from the 70s to now. Jimi Hendrix, Rage Against The Machine, Snot, Pantera, Rival Sounds etc.

Our goal is to share our music with as many people as possible and make the most of the concert, it is an exceptional human adventure to travel with friends!

For those who are yet to see you live, what can they expect from an UnCuT show?

They can expect to see a lot of stage hoofing haha, from the emotion of rage there will be something for everyone!

What’s next for UnCuT?

Our next step is to promote our first album, which was released on 6th November 2020. And we are already preparing the second album – we can’t wait to make you listen to it!

UnCuT‘s debut album Blue is out now via Klonosphere Records, available to stream or purchase HERE.

MUSIC NEWS: Mayday Parade Release ‘Live At Screaming Eagle’ EP & Video For ‘It Is What It Is’