MUSIC FEATURE: Behind The Noise – Tribulation 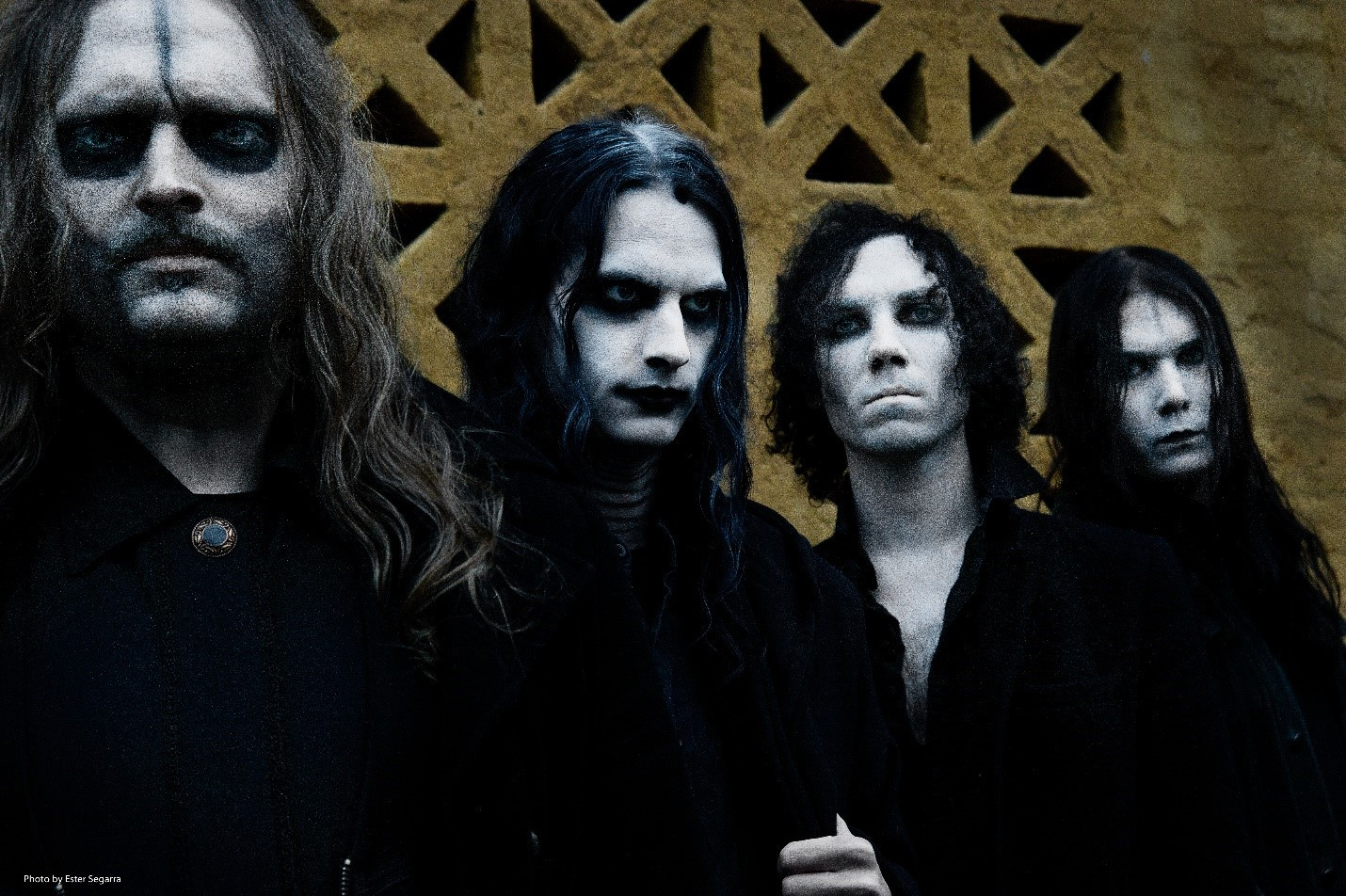 Swedish metallers Tribulation have been gearing up to the release of their new album, Where the Gloom Becomes Sound, with three haunting singles, including Funeral Pyre which guitarist Adam Zaars describes as “a raw, yet melodic, and ethereal ride, from this world to the mythical past and into the beyond.” We caught up with Zaars to find out more, including the writing process, themes and stories from behind the scenes.

It’s one of the rockers on the album. In the world of Tribulation, at least, it’s short and hard hitting, but it still manages to capture a few different moods and to take the listener along on a raw, yet melodic, and ethereal ride, from this world to the mythical past and into the beyond.

This track was one of few that were not quite finished when we entered the studio, and the one that changed the most out of those. My first intention for the song, once I realised it had the potential, was to try to make it into a behemoth that could have gone anywhere. There are a few parts in it that could have been stretched and built into something much bigger and longer. This fact is one of its strengths as a short song, I would say, and a reason that quite a lot is going on and has those different moods that I was just saying. Something with potential for something epic compressed into something more sharp. When we entered the studio, the song was more of a collection of ideas than anything else and Jonathan, our guitar player at the time, told me he didn’t feel like it was good enough to be an the album. I agreed in the end. This made me go back home to twist it and turn it and, in the end, compress it into this heavy metal hit it eventually became. Honesty serves you well if what you want is quality. Let’s hope that others find it a hit with quality as well, I suppose!

We always have working titles for our songs and for some reason both Jonathan and I had named our songs after things having to do with the elements. This one had a working title relating to fire; this was the fire song. There was something fiery about the riffs and because of this the lyrics ended up being about death, sacrifice and a, surprise, funeral pyre. I was, and still am, very interested in the more esoteric ideas from around the world that relate to fire as being the thing that transforms everything and anything, being the pathway and messenger in between this world and other worlds, from us to the gods, and as a thing you can get to know and, if you so desire, master. The stage that is set up in the song is from a very, very well known ancient epic that shouldn’t be that difficult to figure out and I used that as an ode to fire itself. Fiery lyrics for a fiery song.

To some extent they do. We let Claudio Marino create his own vision of the song and the lyrics, but the story that is played out is quite similar in its more basic components. There’s the death of someone, the mournful aspect, the struggle, the grand pyre and the cremation itself. And most importantly it is fiery. It is set in a very different context, but that only serves it I think, as the song is not specifically about anything else than fire and its qualities, esoteric and physical.

Claudio and his crew had been filming a lot of scenes without us and we only got there once everything was set up for us to play. We had the help of Pelle and Hampus from Watain who built and eventually burned that impressive looking pyre, a pyre that luckily provided heat on an otherwise cold winter night! It was really smooth, we played the song maybe 15 to 20 times, fingers aching from the cold, and that was it really. Had a few beers and then went back to Stockholm for an all nighter with the band. It was the first time we all played together as Tribulation with our new guitar player Joseph, so we needed to celebrate!

Make sure to check out the new album Where the Gloom Becomes Sound, there’s a chance you might like it!

Tribulation‘s new album Where the Gloom Becomes Sound is due for release on 29th January via Century Media Records, available to pre-order HERE.

See Tribulation live with BØLZER and Molassess at one of the following dates:

You can also see Tribulation at Graspop Metal Meeting (BE), Gefle Metal Festival (SE), Beyond The Gates Festival (NO) and Macken Festival (SE) in 2021.