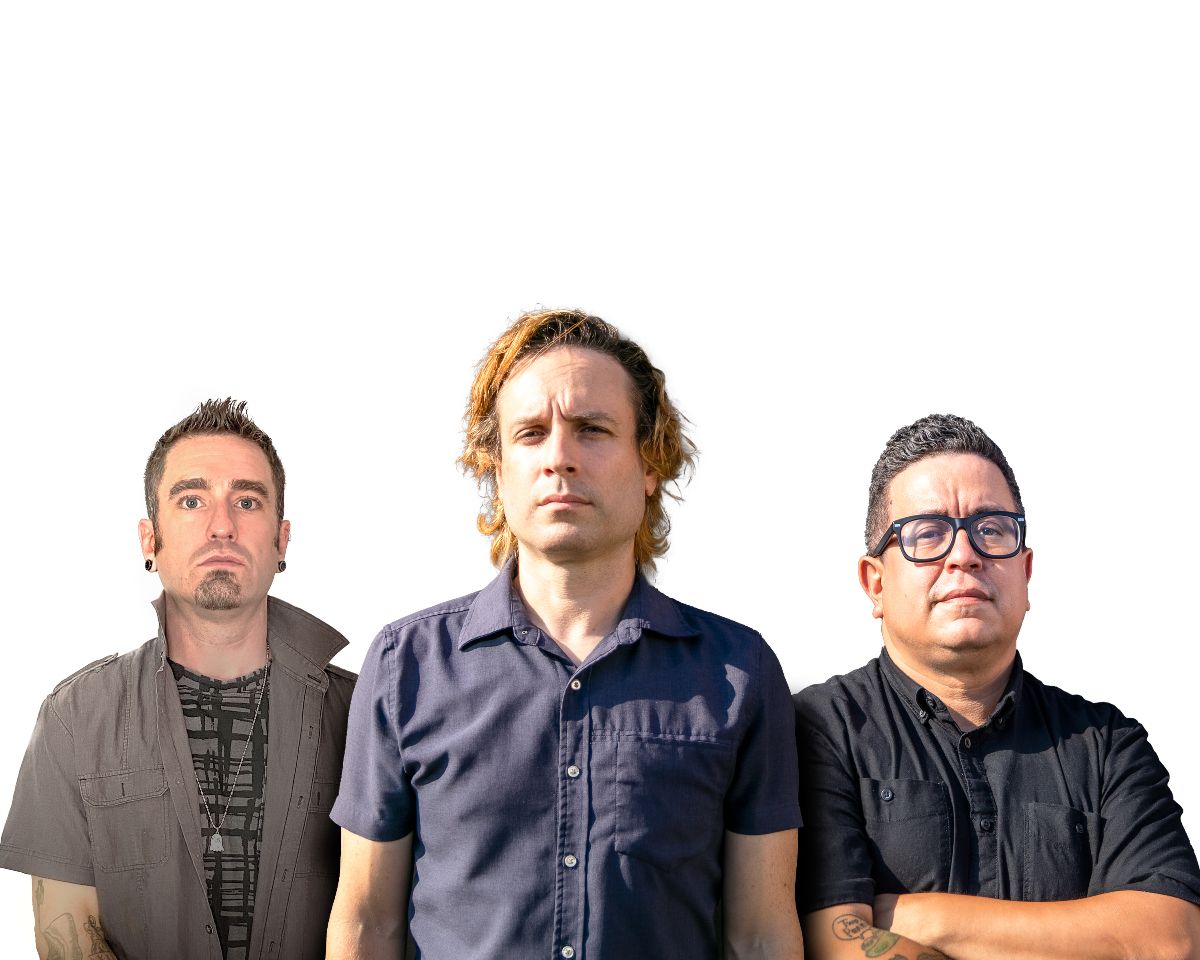 Knifes are a trio who are more familiar with looking after your favourite bands’ instruments rather than playing in a band themselves; but now the spotlight is all on them, with the release of their debut EP Proof of Concept. Let us tell you where it all began…guitarist Ben Young and drummer Warren Johnson met when working as crew for Linkin Park. Bassist Brian Diaz, who is Pete Wentz’s long-term bass tech, met the band when they started working for Fall Out Boy. After two shows performing with Linkin Park, Young then began writing tracks himself, eventually leading to the Proof of Concept EP.

The release opens with a distorted, scene setting intro which then throws you into the heavy guitars of The Comedown. A repetitive guitar line makes it feel as if you’re building up to overwhelmingly high levels of power and momentum, but on this track, it just never really reaches the peak. It’s like it really is on a come down from the finest moments of what it once was, and as the opening track we were really hoping for a little bit of a more impressive first impression.

Disambiguation repairs the damage of the first track, with pop-punk twangs shining through from the start meaning you instantly get Blink-182 vibes upon initial listening. Lyrics such as “But every now and then I tend to lose all control” are clearly made to be performed in a live setting once these are able to return, because when accompanied with instrumental breakdown sections the energy built is electric. In keeping with the opener it maintains rowdy guitar lines, but would you have expected anymore from a group who know their way around guitars so well?

Knifes have definitely arrived by the middle of the Proof of Concept EP. Standard Issue Frustration is full of anger from the opening lines. Young’s spoken vocals are all up-in-your-face as the song goes in a musical loop, leaving us a little bit frustrated that we just didn’t enjoy this more, despite the initial promising start.

Closing track Wise Up is an Aimee Mann cover and the acoustic opening section couldn’t be further away from anything on the EP. Elements of the trio begin to slowly shine through, but vocally this is the weakest effort on the release, which could either be due to the limited lyrics featuring across the track or the different style. It’s not a bad attempt, but for a debut EP we always hope for an all killer no filler track listing and this just feels a strange addition – maybe they just loved the original and wanted to try it out for themselves? Who knows!

Knifes have had an interesting journey leading them to become the trio they are today. For their debut EP it does feel as if this is a work in progress, with some questionable moments across the release. However, that being said the self-released EP is a good starting place, showing off their exquisite guitar skills and the ability to hook you with a big singalong chorus. If this had been a longer release then maybe these tracks wouldn’t have stood out, however we look forward to seeing where their journey takes them.

For Fans Of: Blink-182, Our Lady Peace, Stone Temple Pilots