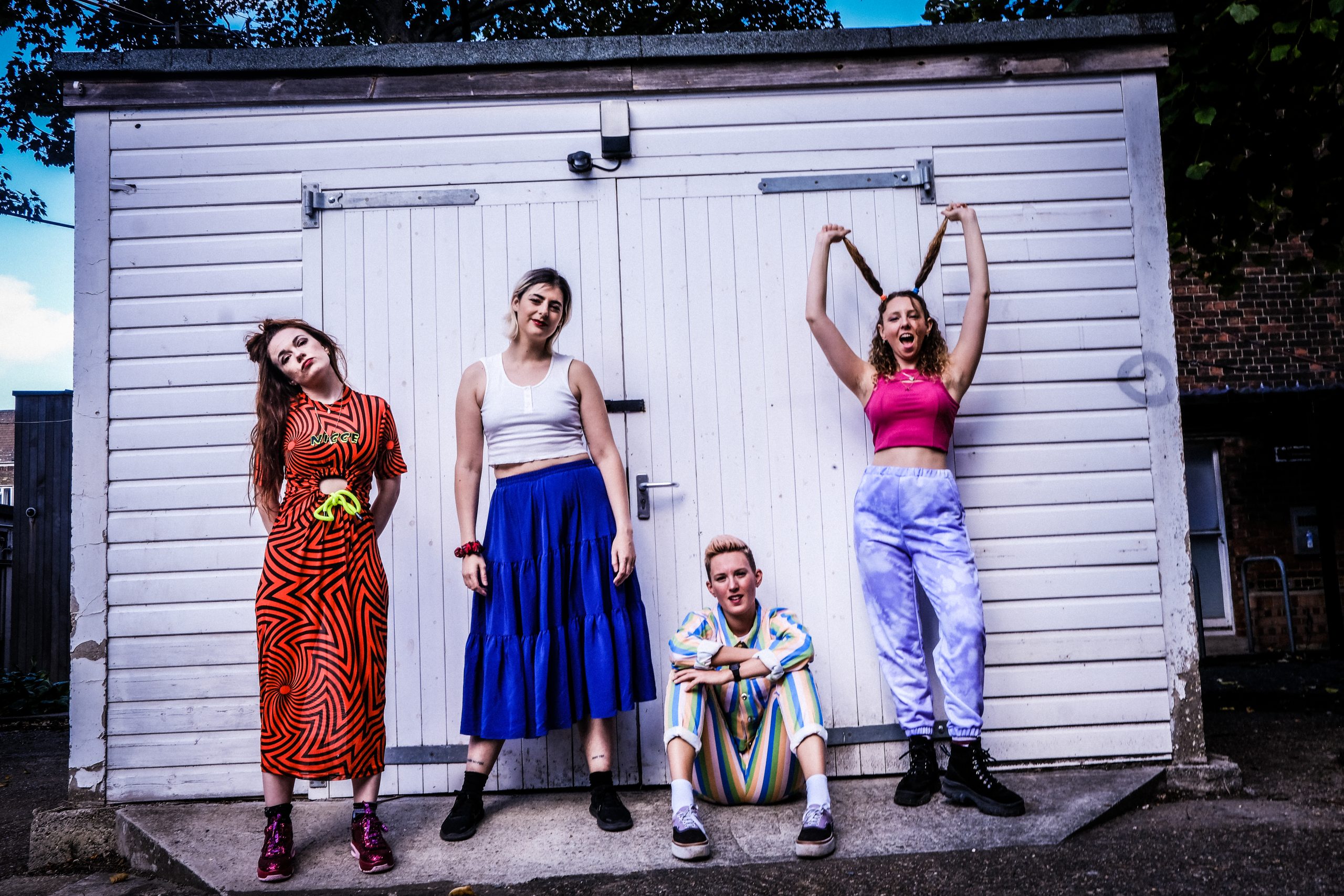 Speaking about the track guitarist Anya Pearson explains: “As a queer woman, I live in fear of violence every day because of my sexuality and the way I look. In the UK anti-LGBT hate crime has surged in the past five years, and the risk of violence disproportionately increases for queer and trans people of colour. According to Stonewall, 1 in 3 queer people of colour have experienced hate crime in the past year.”

Pearson continues: “We wrote Kiss My Fist in honour of all queer people trying to get from A to B without getting beaten up. Our message to homophobes and transphobes is clear: ask us to kiss again, and we will eat your brain!”

The music video, which you can watch below, is a celebration of queer woman – directed by Guen Murroni, it features some of the UK’s best roller-skaters performing tricks whilst the band perform inside a skate bowl.

Due to the ongoing COVID-19 pandemic, the quartet’s headline tour has been rescheduled to March 2021. Tickets for all dates remain valid.

You can purchase Dream Nails‘ self-titled debut album from HERE.