MUSIC NEWS: Employed To Serve Team Up With Ashnikko For Metal Version Of ‘Cry’ 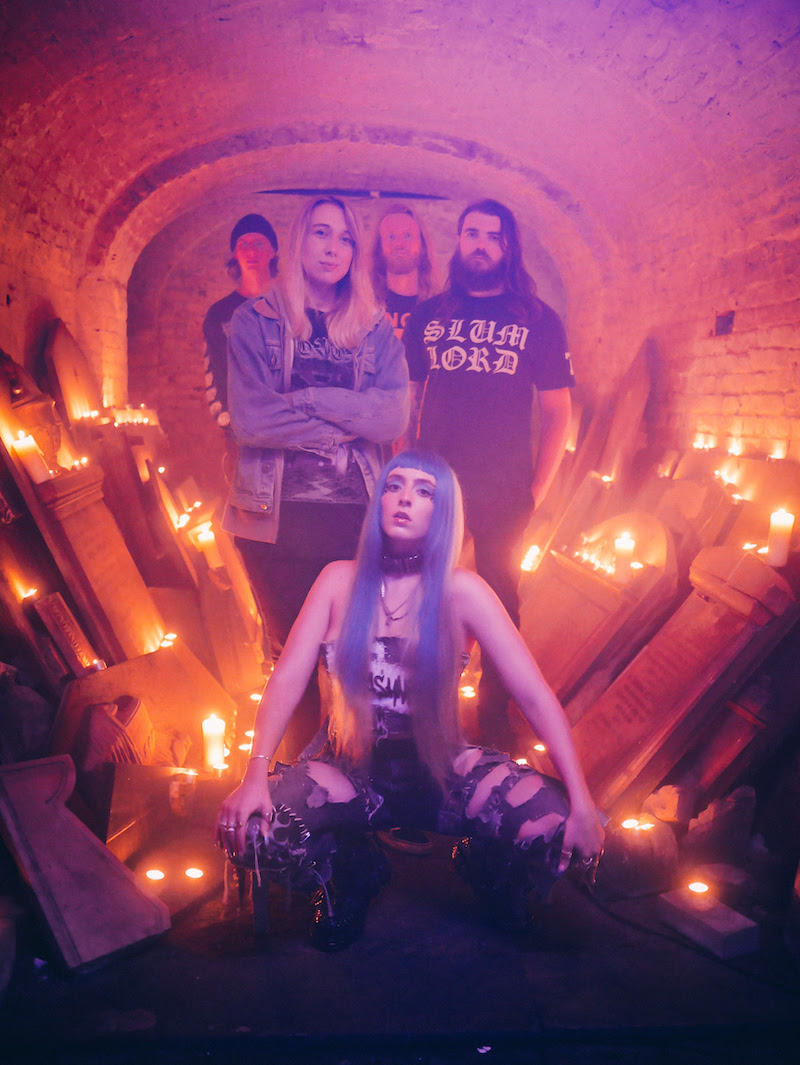 Employed To Serve have teamed up with singer/songwriter Ashnikko to create a metal version of her single Cry, which originally features Grimes.

“Ashnikko films a lot of different themed videos for her YouTube channel and for the latest one she wanted to reimagine her latest single Cry ft. Grimes and make it more metal,” says vocalist Justine Jones. “As part of it, I taught her the basics of screaming and Sammy reworked the song in our backroom makeshift studio to make it more suitable for guitar. The crypt we filmed in was possibly the coolest place I’ve ever been in and there were family graves that have been there since the 1800s. When we arrived the first thing we were told was not to sit on or put our gear on the ledges as it was crumbling and below was a 50ft drop into over 500 dead bodies! That would be a horrible way to go. We filmed the whole thing live and it was all filmed on one continuous shot, we’re really pleased with how it came out and really enjoyed working with Ash on this. I’ve enjoyed how other genres collaborate more frequently with other artists and I always thought that it would be great if metal bands did the same.”

Employed To Serve have also been confirmed to appear at Download Festival in 2021.