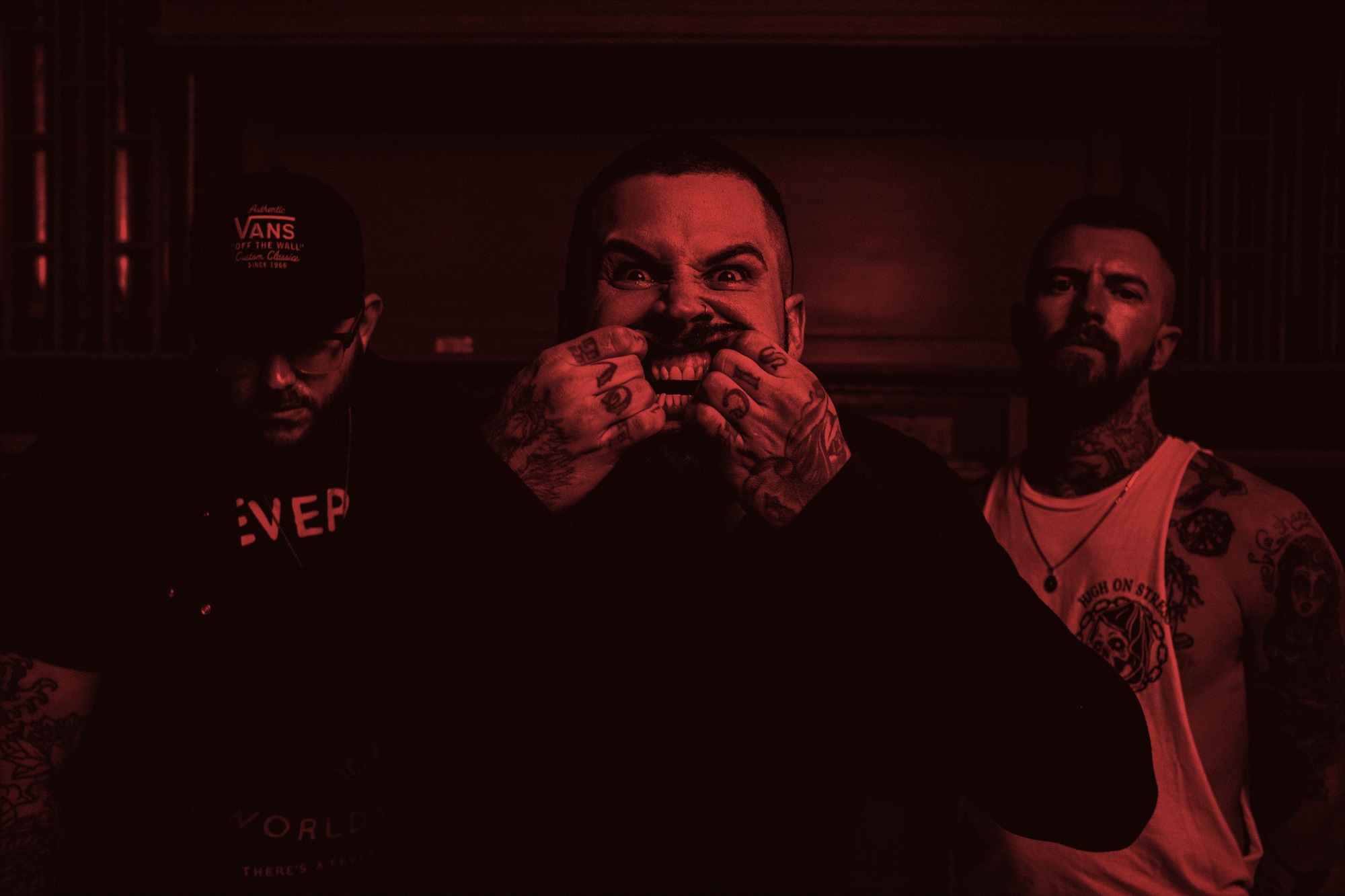 You may recognise some familar faces in TEETH. The trio, who formed a year ago after building friendships through touring and other musical projects, are ready for global domination with their loud, anger-fuelled, in-your-face brand of metallic hardcore. We caught up with guitarist Chris LeMasters to find out more…

My name is Chris LeMasters and I play guitar in the band TEETH alongside my good pals Blake Louis Price (vocals) and Ryan Leger (drums). We try to make music that’s as loud and pissed off as possible.

We’ve all known each other for years – between touring together in previous bands (Every Time I Die, Dead and Divine, Straight Reads The Line, Hundred Suns, etc) and/or playing in other bands together. We had all been talking about doing something that was just unapologetically heavy, visceral and in your face, and we realised there was nothing really holding us back. We got together to write a few songs and we clicked immediately. We wrote/fully demoed Destroyer, Smother and Filth in about a week and the ideas just kept flowing. We announced TEETH back in August of 2019, so we’ve been a band for one year now.

Honestly? I just remember ALWAYS wanting to create music. I remember hearing Dookie (Green Day), Smashing Pumpkins, Nirvana, Soundgarden, etc and I knew that’s what I wanted/needed to do in some capacity. Those bands were SO heavy, I had never heard anything like it. The music felt so visceral and intense and honest and I thought that was so rad. That said, I was huge into music long before that. My mother likes to pull out the family photo album and show pictures of naked two year old me playing my acoustic guitar on stage with a country band at a trailer park. Not much has changed – I just got some electric guitars and more amps.

I think our BIGGEST influence is anger. I know that sounds corny, but we just wanted to start a band that felt mad. We all needed a bit of an outlet, and we’ve all wanted to do something that’s just unapologetically pissed off for so long. We wanted TEETH to feel like a fight – whether it’s in a live setting, or while we’re writing. We want it to be uncomfortable, and intense, and ugly. As for artists, I think it’s safe to say we all love bands like Daughters, NAILS, Converge, The Dillinger Escape Plan, Nine Inch Nails, Smashing Pumpkins, Gaza, etc and I’m sure those influences weasel their way into our music one way or another.

For those who are yet to see you live, what can they expect from a TEETH show?

To be honest, WE don’t even know what to expect quite yet. I will say this: it’ll be intense, violent, and unpredictable. We’re anxious to see how it all pans out.

What’s next for TEETH?

We’re currently rescheduling our 2020 tours while we work on our new record that should drop early next year. We’re excited to show everyone this new music and finally get in the same room with y’all.