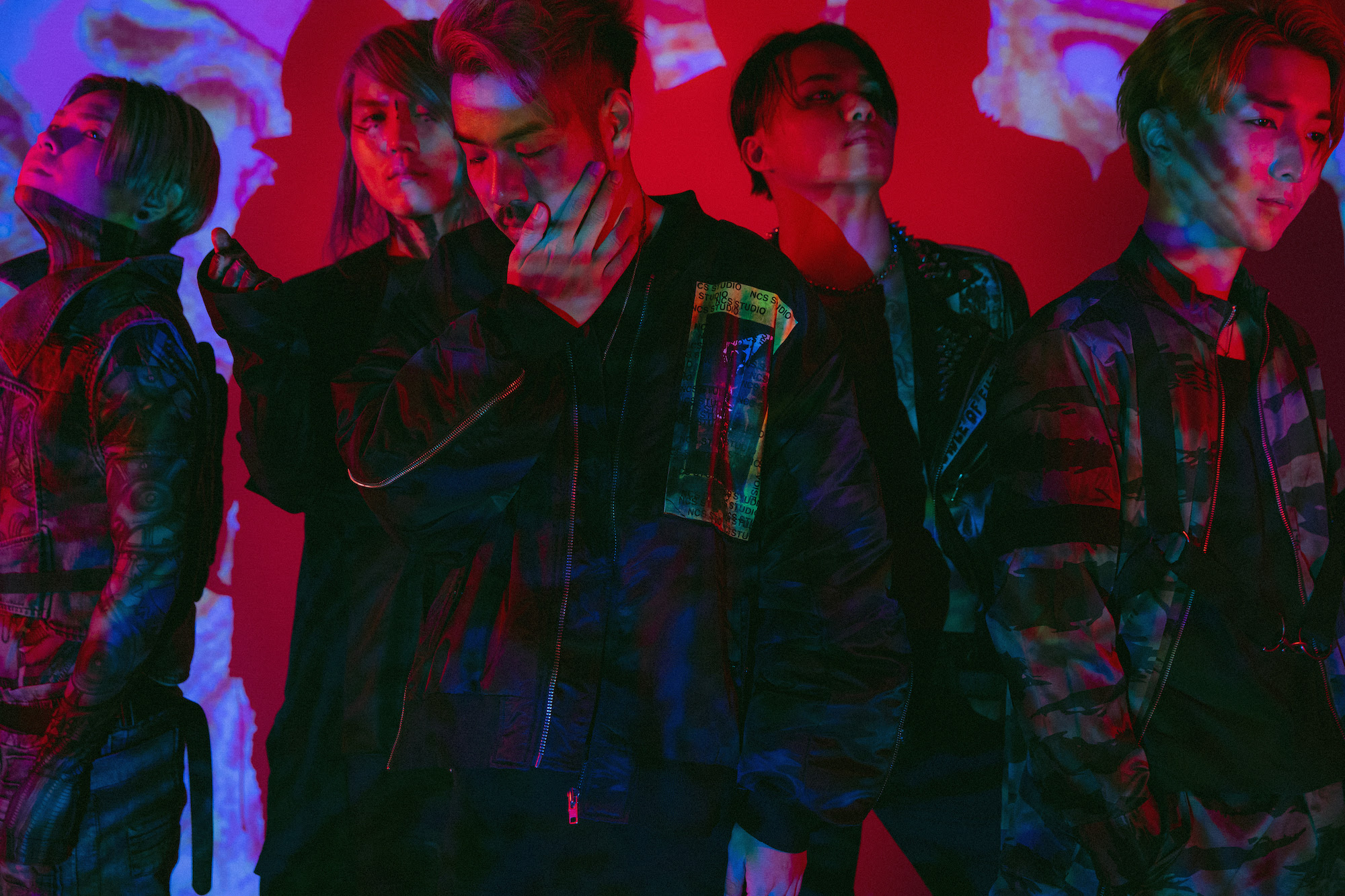 Crossfaith are breaking new ground with their latest SPECIES EP, experimenting with 90s rave elements on the likes of Endorphin and even surprising fans with their first ever Japanese lyrics, courtesy of Jin Dogg who guests on their latest single None Of Your Business. We caught up with the band to discuss their new EP, what it’s like to release music during a global pandemic, live stream plans and more.

Hey, thank you for taking the time to chat to us today. You released your brand new SPECIES EP last month, what has the reaction been like so far?

I’ve been excited to see the reactions from our fans since we released SPECIES EP. A lot of people were surprised with None of Your Business. I think it’s because Jin Dogg sings in Japanese, which is the very first Japanese lyrics ever in Crossfaith. We can’t wait to hear our fans sing that part with us in the show too.

What influenced the SPECIES EP, both musically and lyrically?

This time we brought 90’s rave vibes on Endorphin, you can hear an acid bass sound because 90’s are my generation and I grew up with it. I felt more excitements from the 90’s such as PlayStation, The Matrix, and music of course. The 90’s music industry had some big moments that were something of a singularity and that’s what we want, so we won’t stop exploring music. We didn’t have a specific concept this time it was free for me to write, that doesn’t mean it was easy though. Of course there are individual concepts of lyrics in each song, and I guess this time it’s more personal and emotional compared with previous records.

None of Your Business sees you team up with Japanese rapper Jin Dogg, how did the collaboration come about?

The first time I knew of him was in the documentary of Jin Dogg, it’s called Dirty Kansai and he smashed the crowds the same as a proper hardcore show, we then invited him to our own event called NITROPOLIS. His musical roots are classic hip-hop and rock music. He said “I’m not a rapper” and I agree with that, he crosses the border between hip-hop and rock music. He is a super funny and chill guy off stage, and I still can’t believe that he becomes a demon when he is on stage. It’s something we feel we can relate to.

Is there a standout track on the record for you, that you think will connect most with your fans?

I want to sing Your Song with my fans. It has a huge chorus so it’s gonna be beyond beautiful.

How did it feel to release an EP during the COVID-19 pandemic? Did you face any difficulties in the run up to the release?

Of course, we had some problems releasing the EP during the corona crisis. Everything took more time than usual and our distributor advised us to delay the schedule, but we decided to release the EP as we planned because we didn’t want to stop, and that’s the only way to encourage people with our music at the moment. Everyone needs some gasoline to move forward in this dark time, and I can still say that was the right choice.

Usually a release is paired with touring, in the current climate that’s not possible. Are there any other ways that you’re promoting the record that fans can get involved with?

We are planning on streaming a live show in the near future. I know it’s totally different with real shows but in this situation, we can both get more feelings than we do in normal life. Also we always love to be your first experience, so we don’t want to make it in a proper way.

There’s still a lot of uncertainty regarding live shows, and festivals that were meant to go on throughout the summer have been cancelled and postponed. What can fans do right now to keep the music industry alive throughout the pandemic?

You’ve said that you’re already working on more new music, can we expect your next record to follow in a similar direction to SPECIES?

I can’t say anything at this stage, but this moment in time is great to work on music because we are always touring and it’s hard to find the time to write the music, so now we are experimenting with music to update Crossfaith’s sound.

Do you have any final messages for our readers?

Hope you guys are safe and don’t forget to bang your head to the SPECIES EP! See you guys in da pit!

Crossfaith‘s SPECIES EP is out now via UNFD, available to stream or purchase HERE.