FESTIVAL NEWS: Five4Five Fest Completes Line-Up With Deaf Havana, As It Is & More 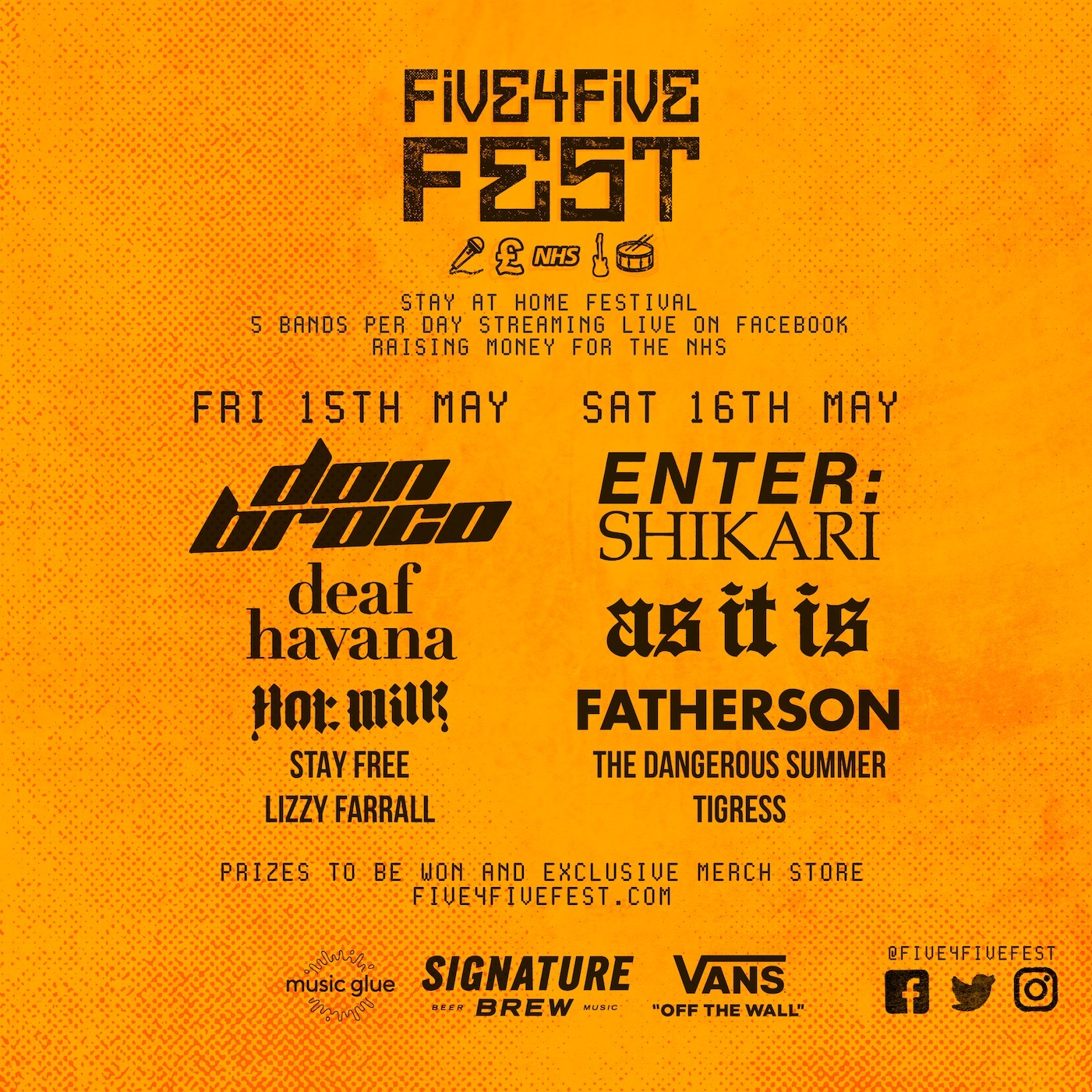 Brand new online festival Five4Five Fest, which will be taking place digitally on 15th-16th May, has completed its line-up.

Five bands will play each day of the festival, with a mixture of full band, solo/duo and completely reimagined performances streamed via the Five4Five Facebook page from 7:30pm each evening.

The shows will be public and completely free, but those attending will be encouraged to donate £5 via a link that will be provided during the event. All profits will be donated to NHS Charities Together.

Along with standalone donations, festival viewers will also be able to donate to buy fixed price Five4Five Fest merch including t-shirts and posters. Raffle tickets can also be purchased to enter into a competition to win a range of prizes, including Enter Shikari and Don Broco signed drum skins, a signed test pressing of As It Is‘ album The Great Depression, signed handwritten lyrics from The Dangerous Summer and more.

Vans, Signature Brew and Music Glue have also been announced as sponsors for the festival. Vans are donating three pairs of shoes for the raffle, where three winners will get a pair of Vans of their choice from the Classics Collection. Signature Brew have donated three of their Signature Brew Pub in A Box range, which includes a selection of beers, snacks, glassware, a pub quiz, curated playlists and more. Music Glue will be handling the merch store and donation mechanic.

For more information head to the Five4Five Fest website HERE.