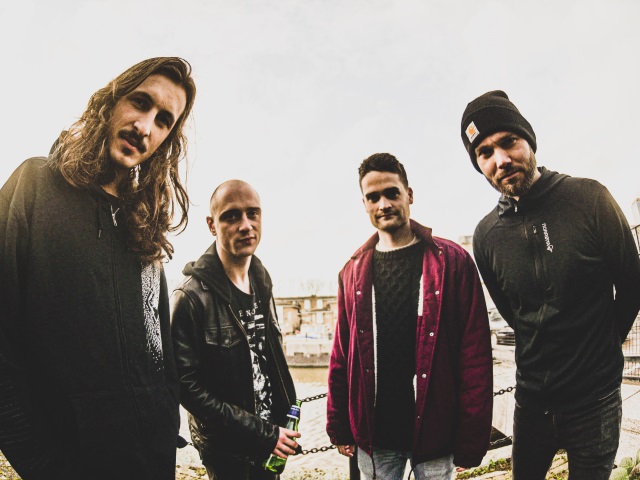 Emerging from a locked down London with the release of their debut album Compelled To Repeat, sludge-metal quartet Beggar are fast becoming ones to watch with their genre-bending sound. We caught up with vocalist/bassist Charlie Davis to find out more, including the story of the band’s formation, the square root of their combined age and his first musical memory.

My name’s Charlie and I’m the bassist and vocalist of Beggar. We live in the verdant paradise of London in the south east of the United Kingdom and as a band we are a quarter French and a quarter Welsh. The square root of our combined age is 10.95445 and we’re out here to be the most polite and punctual sludge metal band that we can be.

We formed in about 2011 in a basement in the Hotwells area of Bristol, through a shared love of things like Eyehategod and Down. Over time we’ve been influenced by a bunch of different styles within rock and metal, from grunge to noise rock to psych to death metal but on our debut LP, Compelled to Repeat, we reckon we’ve arrived at the kind of sludge metal that fits us best.

Listening to Rolling Stones cassettes in the back of my dad’s car is probably my earliest musical memory. I played some classical instruments as a young kid but by the time I was a teenager I had been struck by metal and punk and found it was the best way I could express the energy that I felt – notwithstanding some periods of questionable taste, because if like me you were born at the beginning of the nineties you’re lucky if you don’t get into emo, nu-metal or really wet indie bands at some point.

We want to keep growing, keep writing and keep playing fun gigs for lovely people.  With our music we want to crack heads but we also want, for those who are interested in checking out the lyrics and the meaning behind the tunes, to challenge people and to paint the world as the full-pelt suck-out that it is.

For those who are yet to see you live, what can they expect from a Beggar show?

You’re gonna get four slightly diminutive young adults having a whale of time and putting everything into it. I personally sweat uncontrollably. If there is stage patter at all you may find it underwhelming. There will be frequent incitements to drink beer. Afterwards you are free to help us lift heavy gear out of the venue.

What’s next for Beggar?

We have just dropped our album, reshaping the canon of popular music as we know it. Later in the year we’ve got a bunch more shows including a weekender with Desert Storm and we’re heading out to the Czech Republic in July to play Obscene Extreme Festival. We have had a bit of time away from each other as one member has been doing some aid work in the Congo and another has been working in Tokyo so we can’t wait to get together and start writing the next bunch of new tunes.

Beggar‘s debut album Compelled To Repeat is out now via APF Records, available to purchase HERE.

See Beggar live supporting Desert Storm at one of the following dates: