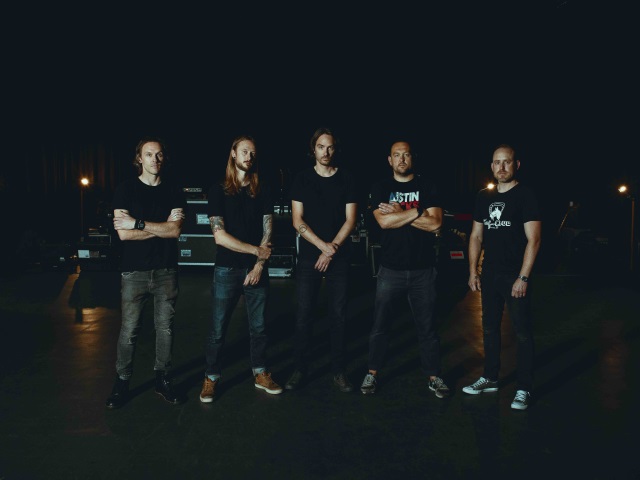 Last year electronic rockers Vex Red made their return with their new EP Give Me The Dark, their first collection of new music since their 2002 debut record Start With A Strong And Persistent Desire. In the lead up to the release the quintet revealed a video for Air, a song that tackles the current climate emergency. We wanted to find out more, so we caught up with the band to talk themes, behind the scenes stories and more.

This song is certainly at the heavier end of our sonic spectrum, and deliberately so. Although that doesn’t necessarily translate to screaming and shouting as there’s still a lot of melody, which is an important aspect to Vex Red’s sound.

Much like the majority of our songs, Air will have started out on an acoustic guitar while I worked through melodies and progressions. To get a nice deep feel to it, the guitars are taken down to a drop C tuning. I was very keen to explore a more riff heavy guitar-led song with some dissonant lines and unusual timings. Once I had pieced it together and demoed the song in my studio, I sent it off to Keith for him to experiment with programming and layers.

Thematically it links to recent wider conversations around climate change, those that can’t accept that significant change needs to happen and how without a shift in attitudes of those in control, we’re in trouble. There are plenty of others that beat that drum far better than I ever could but for me, it’s about accepting that we all have a part to play for a better future. I feel the quote “society grows great when old men plant trees whose shade they know they shall never sit in” sums it all up nicely.

No, they don’t. The video concept wasn’t related to the song’s theme. We wanted to try something a little different for the visuals and opted for a fairly simple lighting set up. The lights were programmed according to the song structure and off we went.

The video was shot in a large production space in West London and soon after we had finished dismantling our set the rigging started on Guy Ritchie’s new film, which included a delivery of several cases of prop machine guns and ammo. Had it arrived a day sooner our video may well have taken on a very different direction. Maybe next time.

Air is taken from the EP Give Me The Dark which is our first proper collection of work since 2002. We’ve pledged to plant more than five hundred trees with the proceeds from our February tour and merchandise sales and hopefully we’ll commit to similar endeavours on future tours.

Vex Red‘s Give Me The Dark EP is out now via Say Something Records, available to stream or purchase HERE. 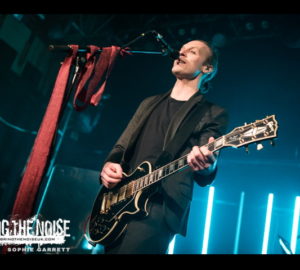 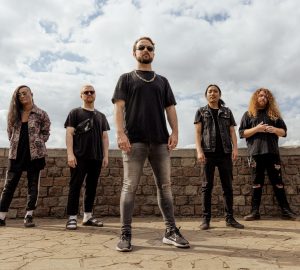