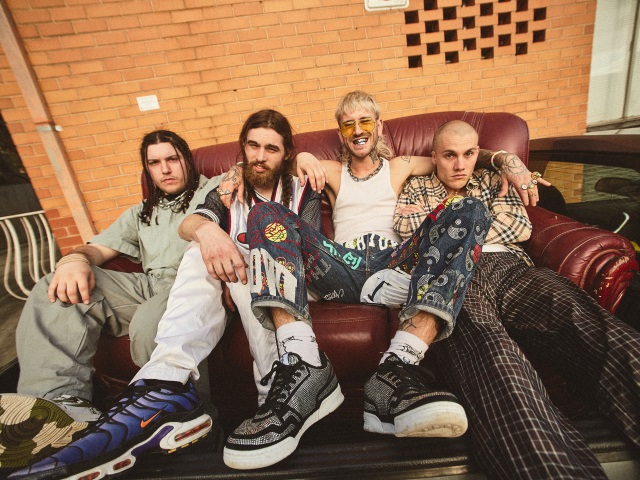 Ocean Grove have released a video for their latest single SUNNY, a taste of their forthcoming album Flip Phone Fantasy.

“Sunny takes the viewer on the ultimate ’trip’ into the warped and hyper reality of the Oddworld. where the band pivot between lucid imagination and a dreary reality inside the four walls,” says frontman Dale Tanner. “We packed in as many references and metaphors as we could, including some that relate directly to our upcoming album Flip Phone Fantasy and it’s artwork.”

Flip Phone Fantasy will be released in Spring via UNFD, keep your eyes peeled for more details.