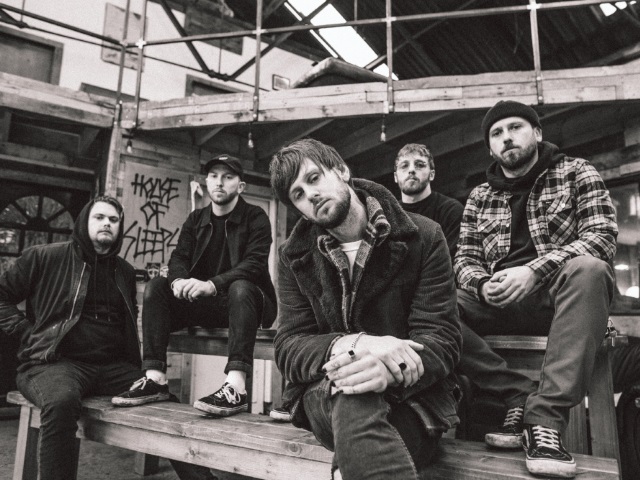 While She Sleeps have revealed a holographic music video experience for their latest single FAKERS PLAGUE. The band launched the video at a secret underground location near their self-renovated warehouse space last week.

“This song is a celebration of the end of an extremely difficult personal time within While She Sleeps,” explains guitarist Sean Long. “We all had a lot of anger building up within us and it was amazing for us to come together and express it through music. Everyone in life has a beautiful side and an ugly side, it’s how we all react and deal with these polarities of life that makes us human. No one is perfect and we certainly aren’t. Let’s embrace it together.”

When viewed in its extended form, the video can be seen from 360 degree angles. A more two-dimensional format can be seen below, but the video is also available on a phone-sized prism which comes free with any purchase from the While She Sleeps webstore, for a limited time only.

You can stream or purchase FAKERS PLAGUE HERE.

See While She Sleeps live on tour with support from Every Time I Die and Vein at one of the following dates:

Tags : Every Time I DieVeinwhile she sleeps
previous article