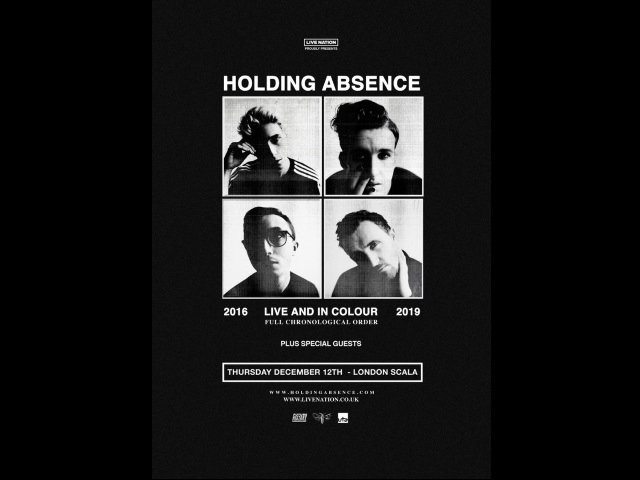 Holding Absence have announced their biggest headline show to date, set to take place at London’s Scala on 12th December.

The special one-off show will see the band perform their entire back catalogue in chronological order.

“To close off 2019, we are ecstatic to be announcing our biggest headline show yet!” exclaims vocalist Lucas Woodland. “Not only will we be playing at the London Scala – We’ll also be playing our entire back catalogue front to back! This will include songs we’ve been playing since the inception of the band, and songs that we’ve never played live before. We urge anybody who’s able to come along to this show as it’s going to be a hugely special one for us.”

Tickets for the show are on sale HERE.

Holding Absence will also be touring throughout Europe in support of Sleeping With Sirens next month, dates are as follows:

VIDEO NEWS: The Cadillac Three Release Video For ‘All The Makin’s Of A Saturday Night’