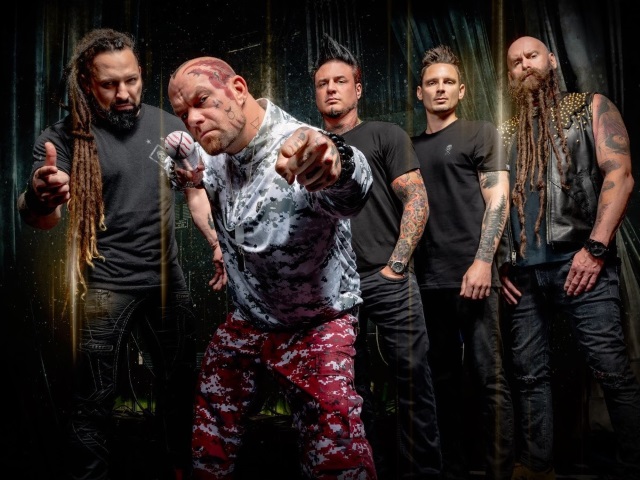 Five Finger Death Punch have announced a 2020 arena headline tour, set to take place throughout the UK and Europe. They will be joined by special guests Megadeth, as well as Bad Wolves.

“The line-up is massive,” comments Five Finger Death Punch guitarist Zoltan Bathory. “Bad Wolves were THE break out band of recent years and are certainly bringing the heat. Megadeth needs no introduction, they are absolute legends. Dave Mustaine’s contribution to this genre is simply immeasurable. I consider him one of the founding fathers of not just thrash but heavy metal in general, because his riffs and guitar playing have influenced everyone that was in Megadeth’s blast radius… and that’s a big radius.”

Tickets are on general sale from 10am on Friday 13th September HERE.

Five Finger Death Punch are currently working on their eighth studio album, due for release in 2020. Keep your eyes peeled for further details!

MUSIC FEATURE: Press To MECO On Deconstructing Their Craft At 2000trees