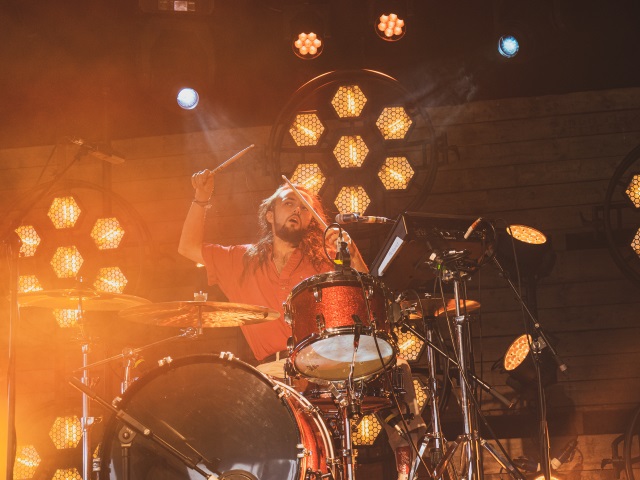 Later this week Leeds indie/dirty pop quartet Marsicans make their way to Reading & Leeds Festival, to headline the BBC Music Introducing Stage. We caught up with drummer Matthew ‘Cale’ McHale to talk about what the festival means to the band, their most memorable moment on stage and more.

You’re appearing at Reading & Leeds Festival at the end of this month, what does the festival mean to Marsicans? Being from Leeds have you grown up going to the festival?

It’s a pretty big thing L&R, we started going (to Leeds) when we were 16, around the same time as we started playing our instruments, so it was a pretty chaotic time of seeing bands we love and sitting in the campsite watching (guitarist) Oli bite the head off a fish…so now, we get to be the band on the stage hopefully adding to people’s L&R puddle & booze-laden festival.

Are there any other bands on the line-up who you’d love to check out?

The Festival Republic tent has almost all the cats we are in the touring/festival circuits with. It’s a great place for bands of varying genres that are probably gonna blow up at some point soon. Our pals Vistas and Zuzu are both playing in there. We’ll probably hear Royal Blood whilst we pack down, then split half and half to see ‘The 1975‘ and to get one of those giant Yorkshire puddings with mash, sausage and gravy.

You’ve had a busy summer performing at festivals. How do festivals compare to venue shows for you?

Both are great, both are different and it’s weird transitioning between the two. Festivals are feel-good fun, no pressure, and you get to see other bands you’ve been social media flirting with. But there is always possibly rain. Indoor show are more intimate, direct, intense; it’s your show and not everyone is festival drunk so any balls-ups are noticed, but that’s why we love doing them.

You’ve been releasing a series of singles over the last couple of years, including the most recent Little Things, but are there any songs in particular that you love to play live the most?

Our live arrangements tend to be heavier and more aggressive than the recordings, so the latest song we release often gets the “we love you the most” kinda vibe. There’s a section in the set where me (Cale) and Oli just start smashing stuff before we kick into Throw Ourselves In and that’s always a laugh, especially if we catch one another off -guard.

For those who may be seeing you for the first time at Reading & Leeds, what can they expect from a Marsicans show?

What is your most memorable moment on stage?

We’ve actually had a wall of death once. It was very fun to watch from the stage, rather than being in it. But also a dude ran across it in a sombrero and with a German flag on his back. It was surreal. That was at Leeds Fest on the Thursday night, 2017.

Finally, what are your festival do’s and don’ts?

Do’s: Plastic bags. I know we’re 2019 and the environment etc, but they’re very handy for all sorts, mainly putting them on under your shoes so your feet stay dry, but also still fashionable. Take spirits and mixer; it’s lighter than 4 crates of beer. Portable charger, obvz.

Don’ts: Don’t plan too much. Have bands in mind but be loosey goosey. Don’t do a random guy’s drugs. And don’t miss us on the BBC Introducing stage at like 7pm ish – ‘wink face’.