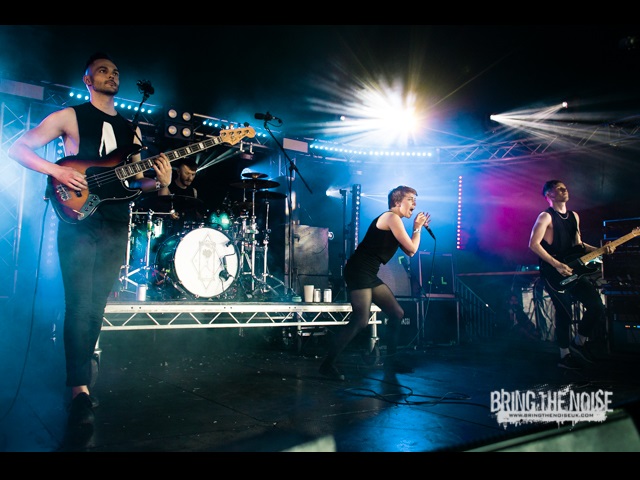 Although the greasiest Grilled Cheese in the world didn’t quite nurse the hangover away, we got to business as early as we could on Friday.

You couldn’t ask for a better way to blow away any lingering cobwebs from the night before than with Swansea rockers, Dream State. With an almost hometown show feel, Dream State’s all-too-short set takes us through the brilliant Recovery EP plus a couple of newer tracks, giving us a glimpse of things to come. By blending soaring, anthemic choruses and killer breakdowns, Dream State could be looked at as another generic band in the genre, but their skill and passion sets them apart from the rest, sending them on their way to be the band to watch in 2020. 8/10

Crazy Arm have the crowd in the palm of their hand from the very first note played. The Plymouth band’s folk-tinged political punk stands them apart from other bands on the bill, and it seems like they relish the idea of being, and fighting for, outsiders. The set is a celebration of sorts for 2008 classic Born to Ruin, and it is a record that is as relevant now, eleven years later, as it was then. The epic Christ in Concrete sees Crazy Arm draw a masterful set to a close and sees them, perhaps unexpectedly, as one of the highlights of the weekend. 9/10

Based on the crowd gathered for Modern Error in the NEU tent it’s clear that this is band ready to explode. Unfortunately, much like 2019’s Lost In The Noise there’s something still missing in their live performance today. Everything feels a little bit forced at the moment and despite their best efforts, Modern Error are one of the more forgettable acts of the weekend. 5/10

Hometown heroes Jim Lockey & the Solemn Sun were always going to be one the highlights of 2000trees. Expertly weaving their way through a harmony filled set of folk, country, heartland rock and flat-out rock, Jim Lockey & the Solemn Sun own the stage and look like they’re having the best time in the world. It all builds to a stunning performance of England is Dead, which leaves Upcote Farm in awe of what they have just witnessed. 8/10

Punk favourites Drug Church take to the stage as one of the most anticipated acts of the entire weekend and unleash a set that does not let up for a second. Featuring tracks from their entire catalogue, but mostly focusing on the exceptional Cheer, Drug Church has the Cave in party mode throughout, before finishing on the mid-tempo monster jam Weed Pin. Drug Church are one of the bands at the forefront of what appears to be a punk resurgence and, with a few more performances like this, may yet be the leaders of a movement. 9/10

We picked Rolo Tomassi as one of our ‘Must-See Bands’ for 2000trees and they did not disappoint. The veteran band plays through one of the noisiest, most spectacular sets of the day. Focusing only on the stunning Time Will Die and Love Will Bury It and the equally excellent Grievances, Rolo Tomassi manages to play one of the most life affirming sets of the weekend; both brutal and beautiful that left a rammed Cave completely breathless. 10/10

Cancer Bats have steadily built a reputation for being one of the best live bands in the game. With the surprise release of The Spark That Moves in early 2018 and Liam Cormier’s guest appearance during While She Sleeps’ set last night, 2000trees was eagerly awaiting this all day and it did not disappoint. With a set that featured the incredible Gatekeeper, RATS and fan-favourite cover Sabotage, Cancer Bats tore through the Cave triumphantly before finishing with an earth shattering rendition of the all-time classic War Pigs. Absolutely brilliant stuff. 9/10

We finish Friday with a very professional headline set from You Me at Six. There’s no denying that You Me at Six have a catalogue of hits to run through – songs such as Underdog are great fun to belt out at the top of your voice – but, amid all the lights and slick stage production there’s a sense that everything is a bit empty and by the numbers. Nothing is out of place and, whilst not a bad headline set, there’s the feeling that the band are holding something back. By the time we’ve run through the encore, even the band looks like they’re ready for the Silent Disco. 3/10 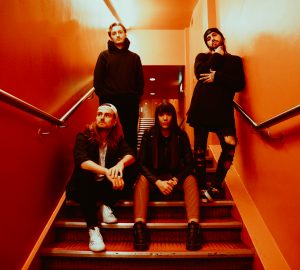