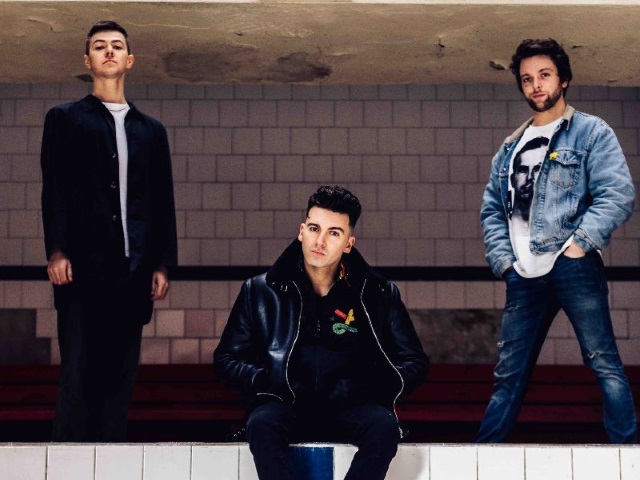 Scottish trio The LaFontaines are set to release their third album Junior this week via SO Recordings. The release follows 2017’s Common Problem which saw the band tackle the political situation in the world but this time they’re getting personal and closer to home, exploring the issues they’ve faced on their own life journey’s. This eight-song release flaunts each aspect of the trio’s sound which merges hip-hop and pop-rock with some indie vibes thrown in for good measure. Variety truly is the spice of life, and Junior sees The LaFontaines taking their sound to new heights they’re yet to completely explore.

Album opener and lead single All In is built on Kerr Okan’s distinctive rap lines, telling of the false truths in the world and how the changing digital age is making it hard to connect with reality. Providing the stark contrast from the onset is Jamie Keenan’s clean vocals, which gain the spotlight and attention they deserve across the release. With the line-up reshuffle there’s a noticeable change in sound within the Scottish band’s style, which is by no means a bad thing with tracks such as Alpha flaunting a summery vibe and some incredibly high notes from Keenan. We find ourselves imagining ourselves on a fast, country lane drive, singing along to “when the same mistakes keep repeating, take control.” The track is an example of the personal lyrical insights provided across Junior, speaking of the alpha male stereotype, which is sadly as strong as ever, and learning to embrace the emotions that come with it.

The great thing about The LaFontaines is their ability to trick us into thinking you’re listening to a completely different band. Anything At All takes the release in a techno direction, with disjointed tones detracting attention away from everything else going on within the track. It feels thrown together like a badly thought out remix or a Bring Me The Horizon track gone wrong; this is the weakest effort on the release. However things change direction again with Switch Out The Light, which sees Keenan taking centre stage with sincere vocals before he ends up battling it out with Oken as his rap styling overpowers the track. We find ourselves closing our eyes and visualising this track live, turned in to a real-life battle to see whether the clean vocals or the rap will win the lyric fight; place your bets now!

Junior is full of surprises and Pro might be our favourite. Sultry pop aren’t words we thought we’d be using to describe any song on this release, but here we are. A stop-start introduction erupts into a musical explosion, rivaling any band of the ’00s and the singalongs their tracks can provide. If you aren’t singing along to “Am I a fool to trust? I know there’s something special about this” by the end of Pro you’ve got more willpower than us. Taking it back to the heavier chaos is Up, with an electronic undertone getting deep within your veins and lyrically stuck within your brain. Giving a look into the hard work and grind which has led the trio to where they are today, a story is told of a band who, with hard work and determination, are coming up and set to end up on top.

Tomorrow Won’t Worry Me is a rock anthem, packed with sharp guitar lines and undeniably great hooks. Whilst Body completes the closing power duo as both tracks combine the best of The LaFontaines. Here we see exactly what the trio are about, as they merge a multitude of sounds with ease into two delightful numbers. Both are bold, brashy and a little bit erratic, but if that doesn’t sum up the trio what does? Now we just have to hope these make the cut for their upcoming tour setlist.

Junior has seen The LaFontaines maintaining their in-your-face approach to music. The trio want your attention, and with this album they look set to get this. Their refreshing sound, which sees them constantly evolving across albums and singles, makes it hard not to come back for more time and time again. Yes at times this might have felt a little safer than previous albums, but safe doesn’t necessarily mean bad. Keep your eyes and ears peeled for The LaFontaines heading to a venue near you to hear these tracks in all their live glory.