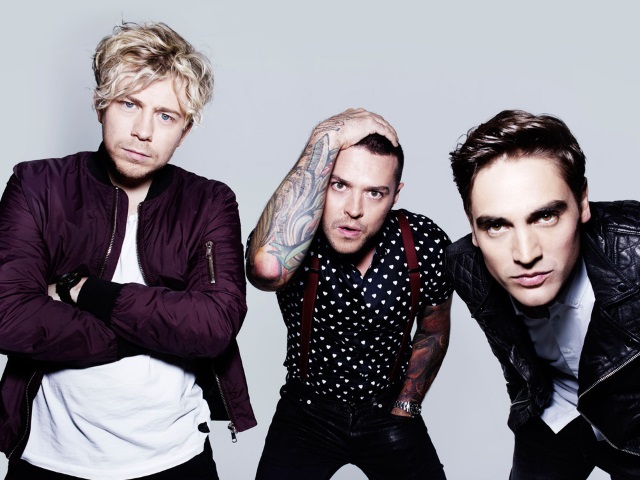 It’s been nearly three years since Busted embarked on their comeback tour, following on from their 2005 split. Since then they’ve released two further albums, Night Driver and recently released Half Way There. In support of their new album the trio has embarked on their Half Way There tour, so we took a trip down to the Southampton date, where support came from Brigade and The Xcerts.

With the venue slowly filling up, Brigade took to the stage performing a set full of material from 2018 EP This Is Not For You! Throughout the crowd there were pockets of fans who’d been following the band’s journey, standing side-by-side with those being introduced to the band for the first time. Brigade are clearly confident and comfortable with their sound, which is by no means a bad thing. However, at times this led to tracks sounding incredibly similar to those heard earlier on in the set. Despite this, the heavy, riff-laden tracks warmed up the crowd with ease and proved that their seven year long break-up didn’t stop them from knowing how to put on a chaotic live set. 7/10

Ahead of their UK headline tour, Scottish trio The Xcerts have joined the Half Way There tour for all dates. Riding a wave of success following 2018’s Hold On To Your Heart, there were similar pockets of fans within the crowd amongst what Murray Macleod described as “99.9% who don’t know who we are.” Tracks such as Drive Me Wild and Hold On To Your Heart are made for big venues and crowd participation, which allowed everyone to get involved with their set, even if just by having a little dance along. What’s clear is that the trio were absolutely loving every moment on stage, making it impossible not to enjoy their set with a smile on your face. Macleod dominated the stage and even rounded off their fun set with a Feels Like Falling In Love solo, just to make sure that nobody forgot how good they sound in big venues. 8/10

The main event was going to be something special, with a crowd ranging from younger fans, who’ve heard of Busted through recent releases, to those who have grown up with the band as their soundtrack. Everyone knew it was going to be an unforgettable night. Opening with recent single Nineties only their silhouettes show through a curtain, increasing the crowd’s excitement for that moment when the curtain dropped – Busted well and truly took to the stage. The trio are undeniably fun to watch, thanks to their catchy discography which was highlighted in the career-spanning setlist tonight. Air Hostess, as everyone would have expected, got one of the best crowd reactions of the night, taking us all back to 2004 in an instant.

Recently the trio has expanded, with Eddy Thrower of Lower Than Atlantis joining them as their drummer, being introduced as “the newest member of Busted” this appears to be a long term fixture. Fitting perfectly in with the original line-up there was a true sense of friendship exhibited during the night, which filtered out into the crowd who were partying like it was a Saturday not a Monday in Southampton! The setlist was a near perfect trip down memory lane, with the likes of Britney and Thunderbirds Are Go being surprise additions, all to the delight of the screaming crowd. Performing each and every song with their utmost energy, whilst still performing perfectly, it felt like hit after hit was being thrown out giving no time to rest. An acoustic section of the set, however, allowed for a different vibe in the O2 Guildhall. The band played the storytelling, reminiscent track All My Friends before a beautiful take on Tom Petty’s Free Fallin’, which they recently covered for BBC Radio 2. Later on in the set Busted highlighted their new, fun track Shipwrecked In Atlantis, before taking us right back to the start with debut single What I Go To School For. Busted might have grown up in age, but they’re not planning on moving away from storytelling, feel-good tracks which they’ve become known for.

As this was one of the smaller venues on their Half Way There tour, it meant a substantial amount of special effects including backing screens and pyro were taken away from the show. In turn, this led to the focus being solely on the music and the hypnotic live show, succeeding in proving that sometimes simple can be just as effective. Nobody could complain that Busted didn’t give their all to make this a fun set from beginning to end. Rounding off the night with an encore of Coming Home and Year 3000 seemed mismatched, with many in the crowd unaware of the existence of the techno-vibed Coming Home. Nonetheless Busted have come back to regain the boyband crown, and you know what? They might have just succeeded. 9/10