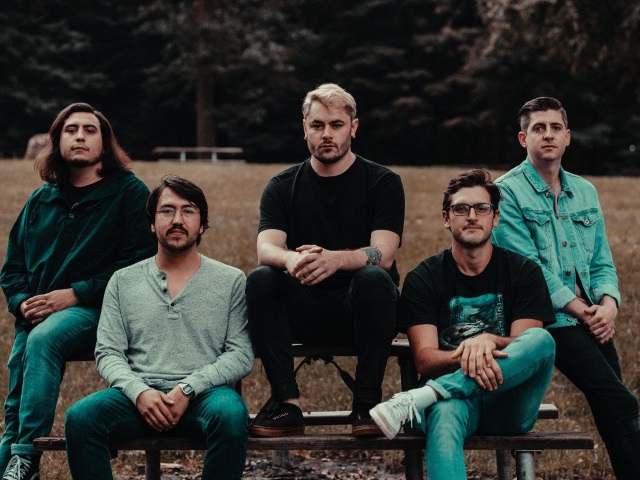 What’s Past Is Prologue, the third album from pop-punk/emo stalwarts Free Throw, promises their most honest song-writing to date, which after building a reputation for open emotive songs is instantly sparking our interest.

With the delicate album opener Smokes Lets Go (a reference to Trailer Park Boys) this shapes up to be an understated release. The almost whispered vocals backed with delicate guitars conveys honest emotion, and the theme of self-detriment is cemented before explosive guitars take over and normal service is restored. Guitars and bass bounce in front of tight drums to create the perfect foil for vocals full of emotive cracks. The gentle intro is restored to end the song and the tone of this album is still in question.

As the next couple of tracks flow in to each other the pop-punk formula is back. There are plenty of quiet, loud, quiet moments and the catchy choruses Free Throw have been so successful with over the last seven years are every bit as infectious. Amongst this pop-punk build up hides delicacy and subtlety, these moments fit perfectly into the lyrical rhetoric and as the honesty continues to flow, the emotive vocals become more and more parodic. There are knife edge switches between tear jerking quiet and guttural shouts which convey frustration as much as anger. This pattern is followed by musicianship that flows between math rock influenced riffs and heavier breakdowns.

With the record’s continued development the emotional rollercoaster continues, You Don’t Say That opens with the bitterest vocal tone before gang vocals and crushing guitars take over and propel into infectious hooks. Once more the guitar pushes the release outside of the pop-punk blueprint, as drums continue to stitch the component parts together. Somehow even at the most emotive this is a release that keeps toes tapping, which is a credit to clever composition.

Considered against their back catalogue this is by far the most mature release, both within the lyrical openness and the musicianship. This is far from a departure and more of an evolution and the progress is certainly working if being taken seriously is the goal. Anaconda Vice combines lyrics about daily struggle with some of the record’s finest song craft. This is a real trip through a dark place, what is clever is there are moments of positivity hidden within the song. As the song plays out there is a moment of quiet for reflection as the release enters its second act.

Emotions are still running high and true, but with the final six tracks this release takes a turn for the better as far as lyrical content goes. These six offer an almost entirely different set of feelings and occasional humorous word play. The choruses are infectious and there is a feeling that everything sounds warmer, the guitar lines seem to take on sunshine tones and within this ending the pop-punk purists will be delighted.

The decision to essentially present two EPs as an album is interesting and seems like a production decision that has vinyl (or tape) listeners in mind. With each listen this is a decision that completely kills the flow of the album at the halfway point, leaving the challenge of regaining all momentum – and it takes a few songs for this to happen. There may be an aspect of the clever, emotive songwriting being replaced by something a little safer and maybe this is a release that would have been better executed as two shorter releases. The problem of one being significantly more adventurous would still exist though. As the end draws near there are a couple of moments that take the second half close to the level set by the start. The ending of Monte Luna flows beautifully in to the delicate Cerulean City, which sets up for a disappointing closer.

This is a strange album and hard to rate as it is a genuine release of two halves; the first of which is cleverly written, the second just lacks the same level of care.