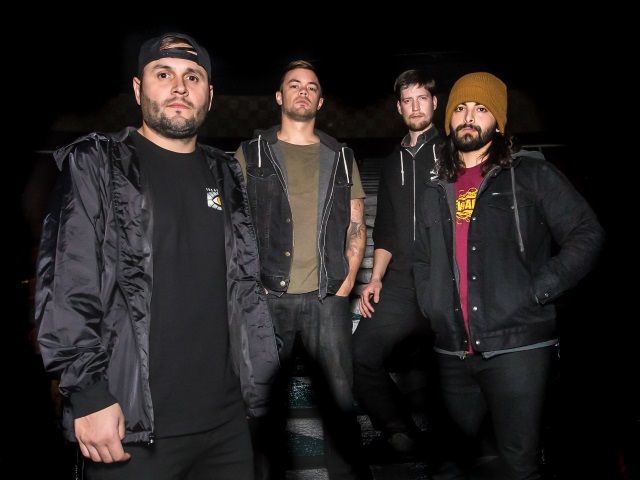 It can be very easy once you’ve been a band for a while to basically phone it in, play some 7/10 tracks and just do the bare minimum to please your base audience and keep the ticket sales flowing. After The Burial have not done this. Their new album Evergreen sets out its stall of technically accomplished riff slappings with Behold the Crown and proceeds to continue this throughout. Exit, Exist picks up the pace and is absolutely devastating, but also has a delightfully bouncy pre-chorus and a pounding breakdown.

11:26 keeps up the insane levels of craft and skill, and when the glorious guitar solo kicks in towards the end, its one of the best musical moments of the year so far. You can feel the shit-eating grin through the speakers, and you will be wearing one as it serenades your eardrums. Respire is an absolute slam dunk standout track, with its mosh-friendly pacing and moments of bounce that surely demands to become a live mainstay.

Quicksand does a great job of keeping the levels of excellence high whilst going at a slightly slower pace, and there’s even a closing riff that is very evocative of technical wizards/djent daddies Meshuggah. Speaking of Meshuggah, To Challenge Existence has a riff that genuinely sounds like them doing the music for Crash Bandicoot. It settles into this swagger that makes you want to strut around like your on a catwalk. Trent Hafdahl’s fingers fly around the fretboard. Another absolute monster of a track. Concluding our nine track rollercoaster of riffs and ridiculously accomplished musicianship is A Pulse Exchanged and a superb conclusion it is.

What’s apparent across this album is how much fun it sounds like the band is having. The guitar solos seem like they are played by someone who just got told they won the lottery in about ten different countries. Dan Carle puts in a heroic shift behind the drumkit from moment one. Its production is excellent as well, with the vocals just punching through the speakers like they’ve been told its dinner time. The band just has this incredible grasp of multiple metallic forms and liberally bakes them together into a delicious riff pie.

As good as that riff pie is, the vocal garnish doesn’t quite complement it. Anthony Natarmaso doesn’t let the side down per se, but its hard to not think that maybe a little more variation in the attack would have taken this album to even greater heights. Nevertheless, this album is an absolute must listen for anyone who likes their metal technically accomplished.

For Fans Of: Periphery, Meshuggah, Architects

Tags : After The Burial
previous article