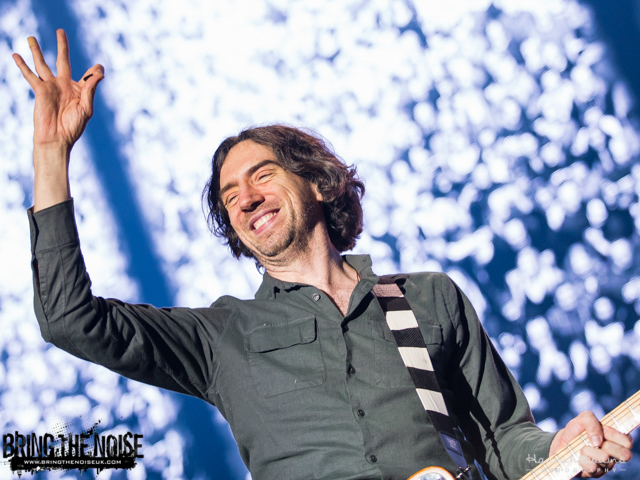 This year Snow Patrol are celebrating their 25th anniversary as a band. In that time they’ve released seven studio albums and spread their music across the globe, and their live show is just one more reason they’ve achieved such success. We took a trip to the Bournemouth date of their Wildness tour in celebration of their latest release, and with support from Roe and Kodaline the packed out venue was in for a Sunday night treat.

Walking out on to the stage first was soloist and multi-instrumentalist Roe. Hailing from Derry all eyes in the room were hooked on her before she’d even started playing. It was when her set began that we could tell this night was going to be incredibly special. Her emotive tones and superb musical ability saw her doing a little bit of everything onstage, but making it look like the easiest job in the world. It’s never easy when technical difficulties occur, especially after your first track, but Roe took it in her stride and it soon became an impromptu Q&A session, as she filled us in on her special 20th birthday the night before when the O2 Arena sung for her. Taking the mick out of herself and her accent, it wasn’t hard to switch into a sombre, sincere part of the set with new single Down Days. Roe let us into a story of when she was having a really rubbish day and all of her emotions went into this track, speaking out about how it’s okay to not be okay. Everyone’s been in that position and that’s what Roe is so great at; turning feelings into tracks. Another great example of this is Hey Thomas which was introduced as a “big fuck you to all the boys out there,” it’s real, it’s powerful and it’s a stand up against bullies trying to inflict their point of views on you when being you is the most important thing. It’s easy to get lost when  the music is so busy, but vocally she stands strongly above all of this. There’s something incredibly real and relatable about Roe, which makes it’s impossible to not want to be her best friend and listen to all of the stories she’s got to tell. For someone who not so long ago was watching Rick and Morty in their bedroom, to now be playing in packed out arenas it’s a recipe for a really exciting future. 9/10

Taking on the main support slot tonight, Kodaline walk on to a sea of cheers and it’s clear that the Irish outfit are a band who a large proportion of the audience are aware of. For many, this was the first time seeing the band live and they did not fail to impress. Vocalist Steve Garrigan possesses the most incredibly delicate and unique vocals we’ve heard in a very long time, taking over every single bit of our attention and he serenaded us. Performing tracks from their three albums, there was something there for fans both old and new to get stuck in to. All I Want, the track which brought the first real crowd singalong of the night, not only showed how loud a smaller venue like the BIC can be, but the slick musicianship of the band as instrumental sections allowed everyone to come into their own and shine. The band take time out of their set to tell us a story about love song The One, explaining it was written for a friend’s wedding present which was forgotten about until the night before the big day. Maybe pressure does bring out the best in people’s music, as this track saw couples embrace as it was stripped back to its bare bones. However when the band offer Bournemouth a compliment by commenting on how pretty the town is it doesn’t go down as well as planned, as the band seemed shocked when a sea of confused faces followed their kind words! It became apparent to many that Kodaline are a band who have many songs that you know of without even realising, an example being the magical High Hopes. Performing as if tonight was their own headline show, Kodaline showed off how incredible their live performance is and why the audience should attend to a headline show at the next possible opportunity – we know we definitely will be! 8/10

Despite how great the reactions had been for supporting acts Roe and Kodaline, the majority of the audience were there for one band and one band only; the legendary Snow Patrol. Bursting on to the stage with Take Back The City the band throw the crowd in at the deep end with their 2008 singalong hit. It might have seemed like a weird choice to have a simplistic stage setting for such a big show, but while in this day and age bands focus more on looking good onstage than performing well, Snow Patrol went back to basics and the whole of their Bournemouth audience loved it.  The setlist was an incredible mix of everything from 2006’s Open Your Eyes to 2018’s Empress, taken from latest album Wildness. You’d never have known the age of the tracks as Snow Patrol have aged like a fine wine, and Bournemouth was treated to a truly special night of music.

Gary Lightbody is a dominant frontman who has paved the way for newer generations of artists, informing the crowd throughout the night “This isn’t a command, just a suggestion” when asking fans to sing with him, or to hush up and listen to him. It definitely was a command, or at least the crowd treated it like it was. A perfect example of this came during Shut Your Eyes, getting the venue to silence (except for the odd heckler who fancied a chat with Gary), starting off as a mere whisper the noise level gradually intensified before erupting into full force singing, shaking the floor of the venue. Something else that needs to be mentioned is the sense of unity within the crowd, it was harmonious, enjoyable and everyone was there to have a great night, giving every bit of their attention to the incredible live set.

As the set progressed the hits continued to flow, one of which was Run. Stating “I’d love to dedicate this to two incredible artists; Roe and Kodaline. So I will” nobody was stopping Gary from having onstage sass and nobody would dare to try. We just wish the others had their time to shine! The emotive track was just one example of Snow Patrol bringing together every element to produce something spectacular. Taking us on a trip down memory lane, Life On Earth is a song the band holds close to their hearts, with a less than sweet back story. Speaking of a full mental shutdown prior to the writing of the track, it “Brought all of us back to life, back to normal and feeling happy,” signalling their long-anticipated return after six years away. We mentioned this briefly earlier, but the stage set up was a visual masterpiece without being overwhelming. Relying heavily on LED light effects and backing visuals we were taken on a trip through earth, captivating us visually and musically. From being in a ‘box’ of projector screens with psychedelic shapes whirling in every direction to a simplistic star backdrop taking you away to somewhere even more magical, even being taken along the streets of Paris feeling as if we’re living the French dream. A huge well done not only to the creative behind the idea, but to the team who managed to put it together so flawlessly – plenty could have gone wrong, but nothing did.

When we think back on the night, we could go on about how each and every track brought something magical and memorable to the table, but we’d be here for a long time. A track that many were waiting to hear, arguably a song that heavily contributes to Snow Patrol‘s success, was Chasing Cars. Closing the main part of their set the power duo of Chasing Cars and You’re All That I Have, it was everything their fans could have wished for and more. We were treated to slick musicianship, the crowd overpowering Gary’s vocals and a true sense of pride beaming from the stage. Snow Patrol had won over the room, from fans who were seeing them for the first time to those seeing them for their fiftieth time, it was undeniably magnificent and it wasn’t even over yet.

Snow Patrol returned to the stage with a neon sign, lit up with the words What If This Is All The Love You Ever Get? This track is an absolutely beautiful, heartfelt number at the best of times, but tonight was different. The band explained how we were being treated to a special guest, which no other show had been treated to – nobody quite knew what or who to expect. When Gary announced James Corden, yes THE James Corden, was the special guest the looks of shock spread around the crowd, with nobody expecting him to actually appear on Bournemouth’s stage. But he did, and honestly? Nobody will ever forget hearing Gary and James’ vocals gliding alongside each other perfectly to create a tear-jerking rendition of an already emotional track. Described by James as “One of the most moving songs Gary’s ever written,” it was taken to a whole new level tonight, we just hope that one day a studio version is recorded to allow everyone to hear the magic that we were treated to. We couldn’t help but laugh as James explained last time he was in Bournemouth for a family holiday it rained all week. Well, from a rainy holiday to performing to a packed out venue it was definitely a whole new experience of the seaside town.

Closing the night on a resounding high was Just Say Yes, fans were still in awe of the magic they’d witnessed and gave it their all one last time. Snow Patrol had successfully proved why they have such longevity; from incredible musical talent to big personalities and songs for every occasion, they prove that time away from the scene isn’t always a bad thing. You’ll just come back bigger, better and stronger than ever. Snow Patrol are back and it’s like they’ve never been away. 9/1o 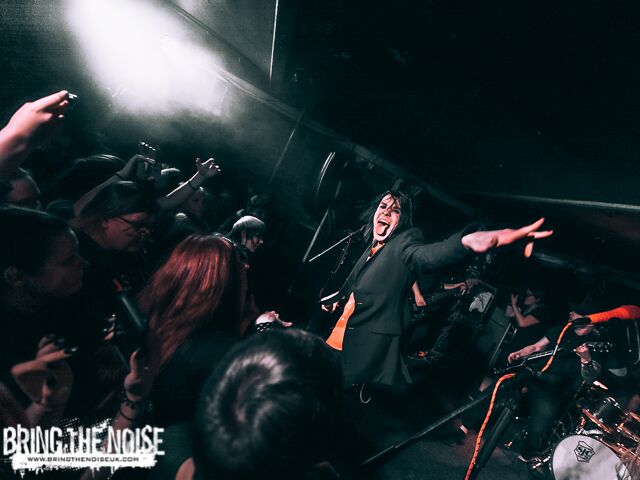 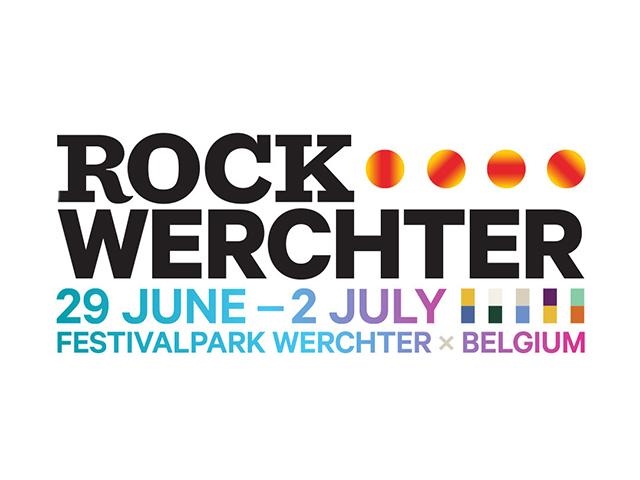