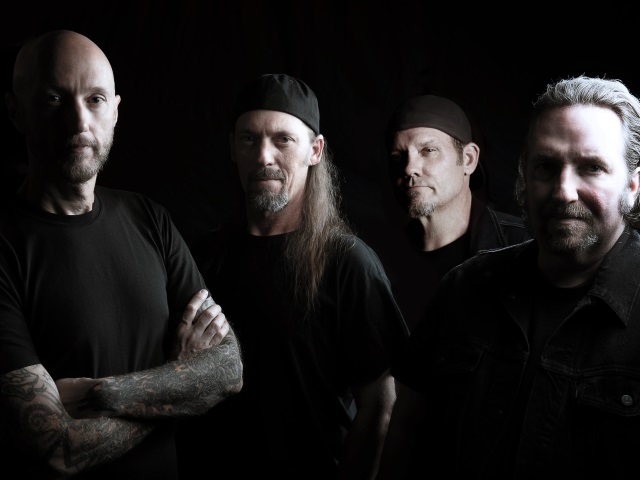 Thrash metallers Sacred Reich have announced that they’re in the studio recording their first full-length album in 23 years. The record will be called Awakening and is set for release this summer.

The band also welcome the return of their former drummer, Dave McClain, following his departure from Machine Head.

“Recording is in full swing with producer Arthur Rizk at The Platinum Underground in Arizona,” comments frontman Phil Rind. “We are so excited to be back in the studio after 23 years and Dave is currently killing it on the drums. It sounds sick! Our new record, Awakening is due this summer. Stay tuned! Tour dates across the planet coming your way!”

You can also catch Sacred Reich at Barcelona Rock Fest (ES), Rock The Castle Festival (IT), Brutal Assault Festival (CZ), Into The Grave Festival (NL), Alcatraz Metal Festival (BE) and Motocultor Festival (FR) over the summer.

VIDEO NEWS: While She Sleeps Release Video For ‘The Guilty Party’