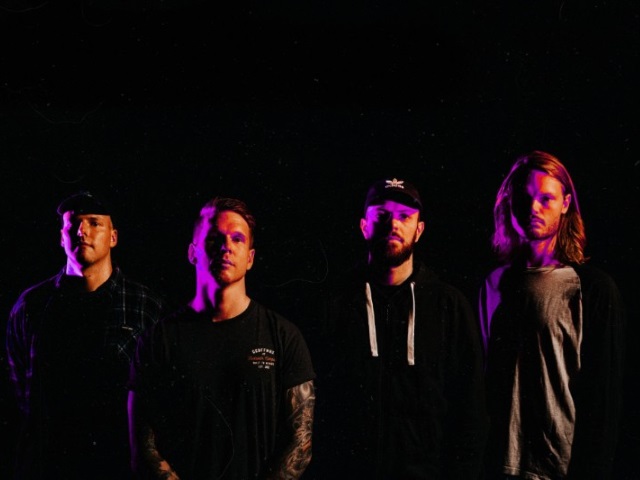 Progressive metalcore quartet Ghost Iris are gearing up to tour the UK and Europe throughout March and April in support of their third full-length album Apple Of Discord. We caught up with the band ahead of the dates to hear their top tips and stories from the road.

Getting to visit new places and meeting new people. We’re always humbled when people talk to us about the importance of our music in their lives. We’ve seen lots of places that we’d never have seen if it wasn’t for the band.

Lack of sleep and sloppy food.  You get used to though.

We play lots of ball to pass time at venues. Love it when fans come by and join in.

Too many to list one, honestly. We laugh out loud on the daily on the road. We don’t take ourselves too seriously.

When you start touring and you play those inevitable “play to no one”-shows. They are embarrassing.

Our van once broke down on the highway in the UK driving maybe 130 km/h. Suddenly all of the electronics in the car just went out, the accelerator didn’t work, brakes didn’t work, lights went out and the power steering didn’t work either! We manage to get the car into the hard shoulder and just had to wait until it stopped. We were then pulled to truck stop nearby were the Mercedes 24 hour service kept telling us that help was on the way. Help never showed up though. So we kept calling the Mercedes service line until they told us to stop calling because they were closed – that’s when we realised that the Mercedes 24 hour service isn’t open 24 hours a day. We had to sleep in the freezing cold van that night, and then randomly out of nowhere the next morning this guy just shows up and fixes the van and tells us “yeah it works now, see ya”.

None of us really get drunk. We have a couple of beers after a show. But honestly, we don’t get “wasted” at all.

When we come back to a city again to play and you can clearly see that more and more people are showing up. That is pretty rewarding.