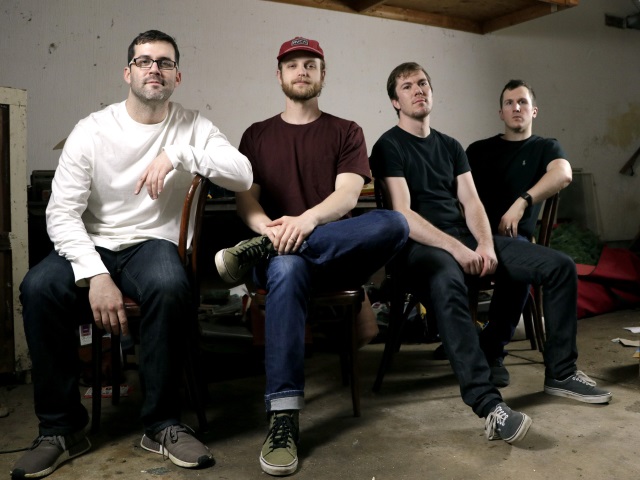 Tomorrow (30th November) Ohio pop punk quartet Light Years release their new album Afterlife, so we thought we’d give you a final taste of the record ahead of its release with new single Paradise!

“Paradise was the last song we wrote for Afterlife,” the band explain. “We felt like the record could use one more upbeat, faster song to round it out. The song feels like an old-school pop-punk song to us in the vein of Dookie or Kerplunk. No extra bells and whistles, just catchy melodies and straight forward riffs.

The lyrics are one of the more positive songs on Afterlife. I wrote it thinking about all the music and things that inspired me to even want to be in a band in the first place, and that it still keeps me going today.”

Check out Paradise below!

It’s been almost a decade since Light Years began to carve their path, with a whopping seven EPs and two full-lengths under their belts and countless tours with bands including State Champs, Modern Baseball, Citizen, Turnover and Neck Deep, as well as appearances on The Vans Warped Tour and So What?! Music Festival.

Now with the release of their third full-length Afterlife on the cards, there’s plenty of excitement amongst the band.

“We couldn’t be more proud and excited to release this record,” they add. “We have seen so many ups and downs over the years that when we take a step back and realise that we get to release a third full-length record is incredible. We are truly grateful to anyone who has been following this band for so long and hope they will enjoy this record as well.”

Afterlife is due for release on 30th November via Rude Records, available to purchase HERE.