Rise Of The Northstar have announced that they will release their sophomore full-length The Legacy Of Shi on the 19th October via Nuclear Blast (Sharptone Records in the USA and Ward Records in Japan.)

The album, which was recorded with Joe Duplantier of Gojira, will feature eleven tracks – an additional bonus track will feature on the vinyl format of the record, as well as the release in Japan.

The digipack edition of the album will include 1 of 10.000 ‘Northcards’ featuring one of the band members and ten lucky fans will receive ‘Shi Northcards’ which they will be rewarded for. More info on this will be revealed soon!

Pre-orders of The Legacy Of Shi are available HERE. 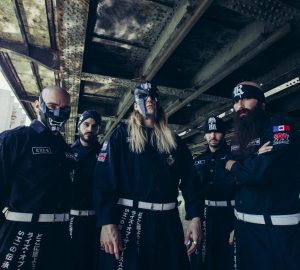