After completing a run of shows in support of their debut album Challenger, Haggard Cat have announced even more live dates – including appearances at 2000trees Festival and Boomtown Fair. We caught up with Matt Reynolds from the band to chat about his top tips (you should hear some of the games they’ve invented for the long journies!) and stories from the road.

Being away from home gives you the perfect opportunity to really focus on developing both what you do as a musician and just yourself generally. I find travelling and experiencing new things always gives me perspective; I tend to come home refreshed and with a head full of ideas, or simply with a different outlook. Playing live every night is also the best practice a band can ever get. You’ll never find a tighter band than one that has been on the road for a month.

I honestly see no downsides. Touring is what we look forward to and think about while we’re at home so it makes sense that we’re happiest out here being a band.

I mean, the 5th one isn’t that good, but when you’re all out of Die Hard, bad Die Hard is better than no Die Hard. What were we doing? I forget.

The reality of touring is that we all spend the bulk of our time sat in a van either staring at phones or the road ahead, so we’ve invented a handful of games to keep us entertained. There’s too many to list them all here, but here are a few of my personal favourites:

Nut Face (Keep the Pace) – Traditionally in this game each player takes it in turns to eat a nut every second for sixty seconds while the other players repeatedly chant “nut face keep the pace”. If a player successfully completes 60 nuts, they go through to the next round where a second domination of nuts to eat is devised arbitrarily. Generally this game doesn’t go past two rounds as there is a finite amount of nuts in the van at any given time.

Guess – This is a very simple yet effective game where the first player must think of any “thing” and the rest have to correctly guess the thing. Popular topics include “I’m thinking of a number” and “I’m thinking of a service station”. Our longest game on record lasted two whole weeks.

Fiat Forever – First one to spot a Fiat wins, easy right? It’s actually harder than you think. This game is only allowed to be played once a day.

Sound Pass – Each player makes an abstract noise and passes it in a circle to the next player who then must duplicate the noise and make their own. This process repeats until a player forgets one of the sounds. This is one of our most difficult games, it rarely surpasses 4 turns.

Seeing our new record Challenger for the first time in HMV. It felt so surreal but we’ll never forget it!

I don’t know, Tom’s the funny one…

I once watched our sound guy piss into an empty champagne bottle, left the scene to do a vocal warm-up and then returned having completely forgotten what had just unfolded in front of me to take a large swig of warm fresh piss from the bottle.

When we first started playing in a band together (about 9 years ago now) I drank an entire bottle of cognac before a show thinking I was being clever and then ended up stripped to my pants not remembering why I was there by the end.

Similar to the above, but when we played a hometown show supporting our demo album Charger, Tom and I decided to take a bottle of Woodford Reserve on stage with the aim to have finished the whole bottle before the end of our set. There are some deleted scenes from that night but I do hazily remember us both being on top of the crowd at one point. And also having to be dragged off stage as we physically couldn’t finish our set.

This would probably have to be setting out on tour last year with one of our absolute heroes Jamie Lenman. He later went on to create our Cat Skull logo, the man is a gentleman and it goes without saying, but a legend as well.

See Haggard Cat live at one of the following shows:

Tickets for the shows are available via the band’s website.

You can also see Haggard Cat live at 2000trees Festival and Boomtown Fair over the summer. 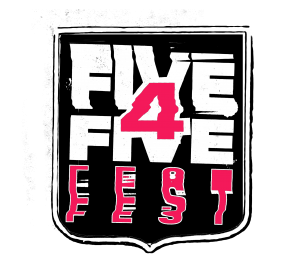