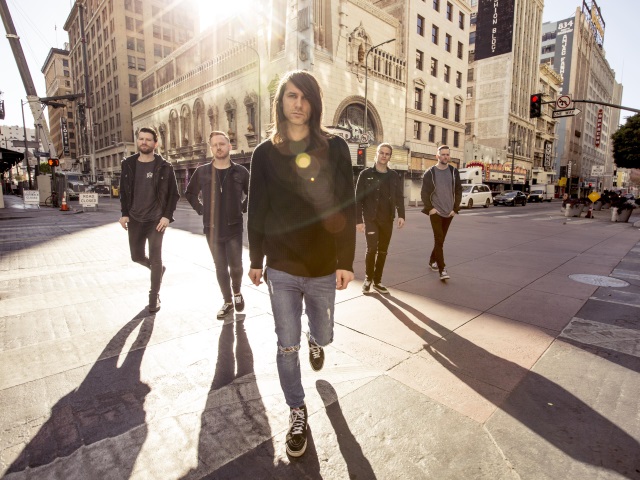 Blessthefall have released a video for Sleepless In Phoenix, taken from their recently released album Hard Feelings.

“It was pretty awesome filming this video about Phoenix while we were actually in Phoenix,” explains frontman Beau Bokan. “The whole concept is about a dude who buys a possessed TV and he can’t get rid of it! We wanted sort of a Black Mirror/Twilight Zone vibe. Since the narrative and the performance are happening at the same time, you’ll have to watch this multiple times to catch it all! This is one of the coolest videos we’ve ever made.”

Hard Feelings is out now via Rise Records.