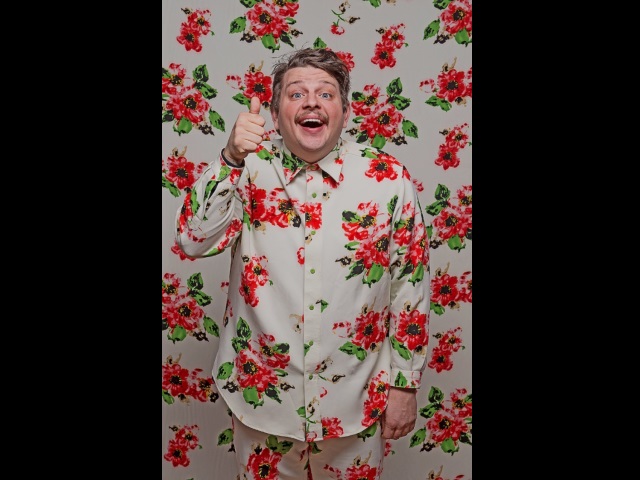 Currently on tour with Frank Turner we caught up with The Homeless Gospel Choir to hear his top tips and stories from the road, from performing at a Christian music venue to being joined on stage by Frank Iero And The Patience.

My most favourite thing about touring is hanging out with my friends who live in different cities and experiencing the culture and atmosphere somewhere different.

My least favourite thing about touring is smelling worse than usual. I’m fucking 35 years old and I still have to be asked to shower. When I’m on tour and no one reminds me to shower things can often get to be gruesome. Fortunately for me I tend to tour with people I’m already friends with, who come up with a very kind and creative ways to ask me to bathe.

Favourite way to pass the time:

My favourite thing to do on tour is to listen to new music with my friends. Someone will suggest a new band perhaps something that the rest of us haven’t heard of yet We will sit there and listen to it and consume it and dissect it together. It’s a great way to find new music and it’s a great way to know who your friends really are.

I was on tour in Russia with Anti-Flag and bootleggers had made T-shirts that said The Homeless Gospel Choir on it. I thought it was great that somebody took the time and trouble to make T-shirts with the name on it and were selling them at the show. When I asked for a T-shirt they tried to charge me 30 American dollars. When I told him that I was The Homeless Gospel Choir the kid selling my shirts, replied I don’t give a fuck who you are. That night In St. Petersburg I played one of the best shows of my entire life. In a town in the country that I’ve never been to before, where all the folks who where there knew the words to my songs. It blew my mind. Either that or when I played for Bernie Sanders.

I once played a Christian music venue in Nashville Tennessee called Rocket Town and I think the people who booked  the show thought it was safe to have The Homeless Gospel Choir play at the Christian youth group venue. But to watch the faces of the youth leaders ministers and adult chaperones twist in utter disgust while I was singing my songs was one of the most hilarious moments of my whole life.

I can remember one time I got really stoned before I played and I forgot a whole bunch of my words and I had to ask the crowd what my next line was. I was so embarrassed that people came and bought tickets to see me act like a jerk.

I played a show in London in 2017 where I was joined on stage by Frank Iero and the Patience and we played the song CRAZY together for the first time ever as a full life band! It was wild crowd surfing, circle pits, SING-ALONGS so loud my ears are ringing just thinking about it.

I have two stories.

First was in Fort Wayne Indiana on tour with Listener. I drank so much that at the end of the night I was running into a chain-link fence with my belly and bouncing off of it.  I was cut up and covered if this gross brown rust. I think Josh Scogin from The Chariot has a video of it somewhere.

Secondly I was on tour with Harley Poe in Grand Rapids Michigan. We played a doubleheader that night. It was the first time I ever vaped marijuana, I drank about a 1/5 of gin, puked all over myself and then tried to play washboard on stage with Harley Poe. I was so drunk that I fell off the stage, my fist went through the washboard and  sliced my middle finger wide-open. I had blood and puke all over my shirt. I couldn’t make a D chord to play my songs because every time I did my middle finger would gash wide open and blood would go everywhere. I wound up super gluing it shut the next day in Kalamazoo. The Harley Poe gang had to get my equipment, souvenirs and pack them in the van. Worst of all Chris the drummer on his birthday had to carry my lifeless body covered in puke and blood up two flights of steps so they can monitor me while I slept on the floor of this super sketchy punk house.

I thought it was awesome to sell out The Homeless Gospel Choir Presents Normal right here in my hometown of  Pittsburgh Pennsylvania. To be surrounded by my friends and family and to celebrate this piece of music that I created with my friends. It might be the crown jewel of all my life’s achievements.

See The Homeless Gospel Choir live on tour with Frank Turner at one of the remaining dates: 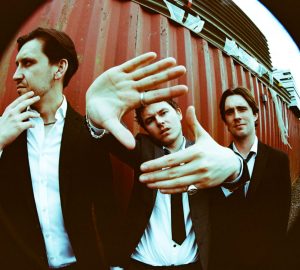 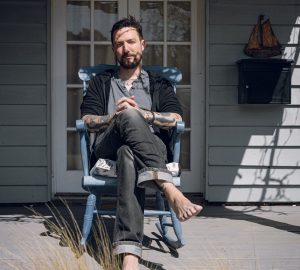 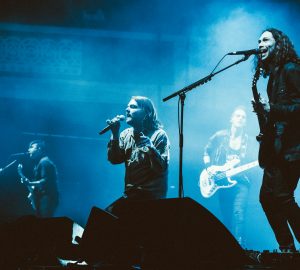