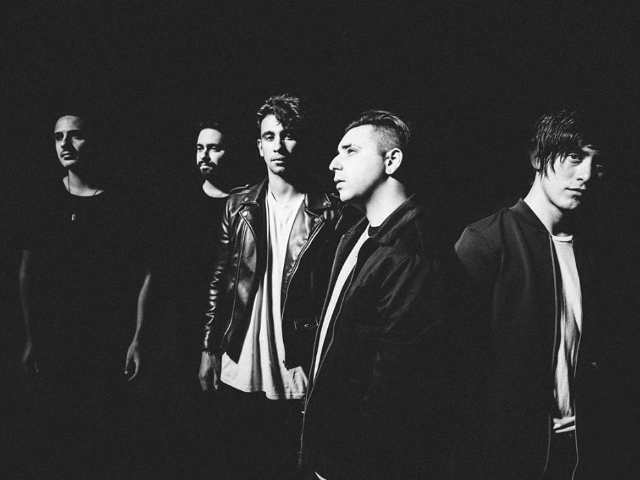 At Reading Festival 2017 we caught up with Lou Miceli (vocals) and Aaron Rosa (drummer) from electronic-core band Palisades. The Rise Records signing have had a busy year so far, from touring to releasing their third studio album – we caught up with them for a chat about how it’s been.

What does Reading and Leeds mean to you guys?

Lou: For us, it’s an amazing experience. We grew up always wanting to play these festivals since we were little and to be here and a part of Reading and Leeds and everything it stands for and everything it’s about is like a dream come true to us. We used to YouTube videos of this festival and now to actually be playing is a huge honour, definitely a milestone in our career.

You released your self-titled album earlier this year, are you going to be playing a lot of new music during your set?

L: Absolutely from the new album we only play that new album pretty much right now, we do a cover as well. Which is actually pretty dope but we’re focusing on the new album to promote it at these events.

You’re from New Jersey, what’s the scene like there and would you say you’ve been influenced by growing up there?

Aaron: The scene used to be a much more of a bigger community and ever since then a lot of the band dispursed or stopped but growing up in the New Jersey scene when we were younger really helped us grow.

L: We did a lot of Battle of the Bands run by big promoters so we got that mindset of how to act like a professional when we were starting out. New Jersey has definitely shaped us.

A: Bands like My Chemical Romance have definitely inspired us since we were younger and even the closer bands to New York like Taking Back Sunday and Brand New you know, there’s Senses Fail in Jersey all those bands have inspired us.

If you had to choose one of your own lyrics which is either your favourite or most relatable which would it be and why?

A: For me, it’s “you’re a letdown” because there have been so many letdowns in my life and that’s like the ultimate FU.

L: I have two. One is “dance with the demons because they play my favourite tune” – love that one because it’s talking about you can’t help but give in to some of your lustful things, because it’s just what you’re prone to and it’s kind of a battle with your inner demons kind of thing. The other one is “I remember when you looked at me when you saw me for who I was. When you never knew me for who I wasn’t. Now we pass by and we say nothing,” that just shows how your connections with people can go from having someone in your life that’s so constant to now they’re just no one. It’s crazy how things change.

From an early age did you want to be in a band and now you are is it what you dreamt it would be?

A: Totally different! I was like I’m going to be rich and thousands of people are going to know me.

A: You never think when you start a band how long it’s going to take to get to where you are. But at the same time, I’m so grateful the years it’s taken us to get to this point as it’s made us grow into such better people and better musicians. You never think about how much goes into it.

L: There’s so much hard work.

A: Even after you get signed too. That’s even harder. Big boy pants on now. It’s a long journey.

You head out on tour in October, can you describe what your shows are like for people who haven’t been to one of your shows yet?

A: You need a big song. Thunderstruck AC/DC because it’s full of energy and it gets everyone singing along and it’s catchy and all that stuff.

What do you guys have planned next?

L: As soon as we go back from Reading and Leeds we fly home to LA to shoot a music video and we head all the way back to the east coast to do a festival at Maryland and then we do a whole bunch of festivals at home. Then we start to write the next album after that we have some more touring which we haven’t announced yet so keep an eye out for it and follow us at WeArePalisades. Just so much we’re going to be very very busy so make sure you keep up to date with us because there’s a lot going on!

VIDEO NEWS: Stick To Your Guns Reveal New Single ‘Married To The Noise’