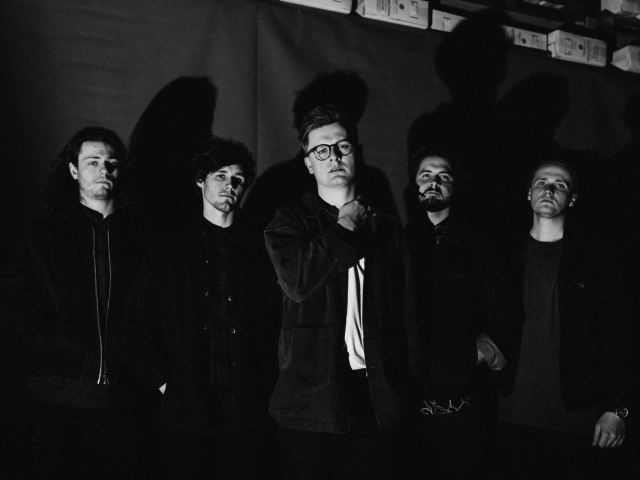 After tours alongside Light You Up, WSTR and Homebound over the last couple of years, pop-rock quintet Beaumont have plenty to talk about when it comes to being out on the road. Guitarist Jake Murray shares some memories with us ahead of the release of the band’s new EP Honestly.

Playing our music to people who’ve never heard of us before, exploring new cities (mainly the food) and generally not having to worry about being a upstanding member of society for a short while.

The last thing you want to do after travelling to a show in a van full of smelly young men, playing said show and getting sweaty and even smellier, is load all your heavy gear out of the venue and back into the van. Spencer’s snoring is also pretty unbearable.

1. A van – Preferably full of diesel & instruments, we wouldn’t get very far otherwise.

2. Hummus & Pitta Bread – Counts as one because both are nothing without the other.

3. Wipes (lemon scented) – Showers are very hard to come by + not very appetising when the full tour party has used it before you.

4. Tissues (for crying) – It gets lonely on tour & that inevitable show to the pub locals and sound guy is enough to bring anyone to tears.

5. A sense of self-loathing. See above.

Our favourite way to pass time on tour, much to the detriment of our bank accounts and figures, is eating & drinking. Drinking boxes of wine and eating hummus in the van can only get you so far, and it’s guaranteed that there’s a Nandos or taco place a stone’s throw away from any venue.

On our tour with Homebound, a lovely person named Fran travelled all the way from Germany to see us in London. The fact that our music reaches people from another country makes us chuffed, but knowing that someone actually likes it enough to travel that far made the whole band thing worth it for us.

As a one off, we thought we’d give it a go at supporting an Oasis tribute band in Birmingham for a laugh. We didn’t quite take into account the type of fans that Oasis might have. I don’t think a crowd of blokes in parkas and Paul Weller haircuts were anticipating 5 emotionally unstable young men either to be fair. You would’ve been able to hear a pin drop after we finished each song.

Allowing our drummer, Mitch, to come on tour full stop.

Chris bringing a crate of John Smith’s on tour – that stuff shouldn’t be legal. Luckily, some poor sod, in a moment of sheer desperation, stole it at a house party.

Chris, unbeknownst to the rest of us, casually drank a box of wine and got smashed before our first show in Glasgow. After staggering through the set, he did manage to get a Pizza Crunch, almost get run over and throw up on himself. It’s a bit of a recurring theme with Chris and drinking.

As cheesy as it sounds, it always means a lot when we see a crowd of people we don’t know singing along to our songs. It still blows our minds that people go out of their way to listen to us and learn the words.

See Beaumont live on tour with The Gospel Youth and Milestones at one of the following shows:

Honestly is due for release on the 15th September via Reclaim Music, check out the band’s video for latest single Happiness/Joy.