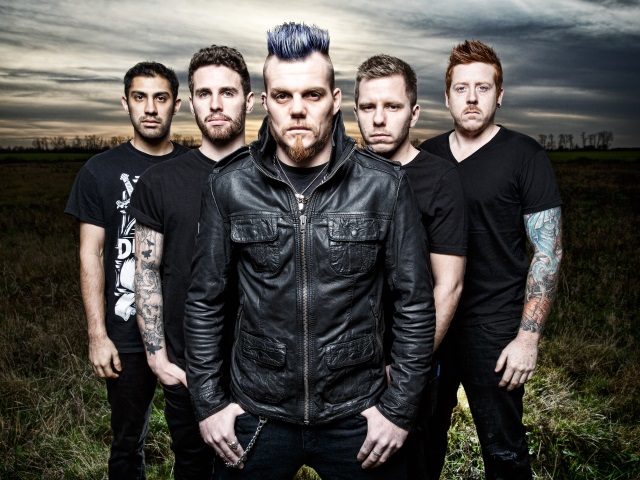 Following on from their set on the Zippo Encore Stage at Download Festival we spoke to The Raven Age drummer Jai Patel about the experience, touring with Anthrax and what’s next on the cards in 2017 now they’ve released their debut album Darkness Will Rise.

Hey Jai, you’ve just played Download 2017 how was it for you?

Incredible. The chance to play the second stage was something that I never really believed that I’d do or imagine myself on that stage even on the way here. It was a surreal experience.

Have you ever been to the festival as a fan before?

Yeah 2014, I loved it. My favourite band Avenged Sevenfold were headlining the Friday so it was the dream festival.

The video for The Dying Embers of Life came out quite recently and for those who haven’t heard or seen the video could you explain a little more about the track?

It’s probably our most different song from the album, it’s more of a ballad type of song and not crazy metal. But I think I’ll leave it to the video to explain a bit more about it, check it out on YouTube, Facebook, it’s all over the place. But yeah it’s one that we thought it would be cool to put out something different and not just another metal song as we’ve put out two videos before for Angel in Disgrace and The Promised Land. But we wanted to go for something a bit different and we had a wicked time filming it too.

You toured with Anthrax not too long ago, how was the whole experience for you?

It was very fun, we met the guys last year and had a really good band to band relationship with them and they offered to take us out on tour and we found that out last year sometime and we were just buzzing. We saw the crowds they were getting and their fanbase and stuff and obviously they’re a wicked band and nice guys as well so it was awesome. We got the chance to tour the UK which is something we wanted to do more of as well.

Darkness Will Rise was your debut album, how was the recording process for you?

I did my drums in like two days so everything got done pretty quickly, we had Matt Hyde in to do the drums and George (Harris) the guitarist engineered the rest of it so we could do it in our own time. Obviously, it took a long time to come out because we had a few different things but we’re really fortunate to have BMG our label on our side and to put it out with them was incredible. It was really good fun.

If you had to choose a favourite lyric from it which would it be and why?

Erm, that is really hard. I don’t think I’ve ever thought about that before. I think Eye Among The Blind is a very powerful song. We’ve got a t-shirt with the artwork from the song from the booklet, I think that in itself, someone thinks they can see everything which someone else can’t. It’s mysterious and just makes you think especially stuff going on in the world what to believe and what not to believe and stuff like that.

That’s a good question. I saw Slipknot here and it was raining and it was amazing and I saw Spit It Out and it was absolutely nuts. I’ve seen them I think two or three times now and they’re always nuts. I think that as they get everyone to go down when they’re doing the riff and everyone jumps up at a festival it’s beyond anything I’ve ever seen. 100% that.

Finally what’s on the agenda for the rest of the year?

We’re doing this festival right now and playing a few more out in Europe. We’ve got some more shows with Anthrax and a couple with Gojira. Then we’re taking the time to sort out what we’re going to do for the rest of the year basically. We’re toying with a few ideas but there’s nothing concrete that I can tell you about as we’re still just sorting it out. Toying with a headline thing but definitely, at some point it’ll happen so yeah!