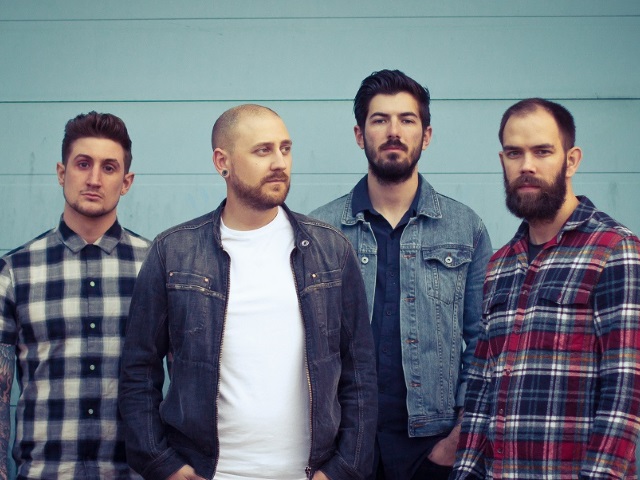 Set to hit the road later this year in support of their new EP Honestly, I’m Just Thinking, we caught up with alt-rock four-piece The Young Hearts to hear their top tips and stories from the road. From drinking vodka out of McDonalds cups to an embarrassing ‘jam night’ it sounds like their tours are non-stop entertainment, read on to find out more!

Meeting new people and making new friends. On tour you play with so many other bands, it’s a great way of networking and building relationships around the country.

Sleeping rough. You’re lucky if you get a floor to sleep on, so getting decent rest is very often impossible. We did alright on our most recent tour and some of the people that helped us out were unbelievably kind, but in the past we’ve really suffered.

– Van beers – at this level, you never actually make money on tour so stocking up on cheap beers before you go saves wasting money on drinks at the bar.

– Books – there can be a lot of long boring drives, or hours spent waiting around so a book is a great way to keep you occupied.

– Phone charger – on tour, your phone is a vital tool, necessary for all the important stuff eg. contacting venues/bands, sat nav, band social media, and then just for entertainment. Unfortunately all this
drains the battery relentlessly. First thing you do when you turn up at the venue is plug your phone into the first socket you see.

– Headphones – sometimes, your best opportunity to get some sleep is in the back of the van as you head to the next location. The only way to drown out the noise is putting your headphones in and listening to some music.

Exploring. Touring is a great way to see and experience new places so if we ever have time to kill, we just go and see what the cities have to offer, and make the most of the unfamiliar surroundings.

One of the best moments this band has ever had was getting the chance to share a stage with a band that not only had a huge impact on us, but on a whole generation. The night we supported Funeral
For A Friend is one we will never forget.

When we still had our old van, we managed to lock the keys in it as we stopped at a service station. What followed was us trying to borrow a screwdriver from a builder on site, and convince him that it was actually our van we were trying to break into. We then had to climb on top of the van, in a busy car park, and take off a small plastic roof hatch to get in. What’s even worse is we did this a further two times on the same tour.

We had a day off on tour and decided to go a bit crazy. Far too many beers were had and we made the worst decision ever, and participated in a pub ‘jam night’. Anyone who witnessed us ruin classics such as Katy Perry‘s Teenage Dream, would probably never guess we actually play music for real.

We crashed at a Uni campus after a show a while ago. Stayed up drinking vodka out of empty McDonald’s cups into the early hours, when we had campus security turn up. We literally had to hide so
as not to get turfed out. Woke in the morning to find our old drummer had thrown up everywhere during his sleep. Not a pretty sight.

There was a night in Bradford after a show in Leeds, where Craig got so drunk, he ran out of a nightclub fire exit and disappeared for 2 hours in a place he had never been in his life. To this day we’re not really sure where he went or what he did, not even he knows, but somehow, unbelievably, he made it back to the group.

The last tour we did, as a whole, was brilliant, but the Glasgow show was something else. The response we got from everyone, especially being so far from home, was incredible. With everything we’ve
been through as a band, we need nights like this one to remind us why we do this.

Honestly, I’m Just Thinking by The Young Hearts is due for release on the 29th September via Primordial Records, available to pre-order HERE. 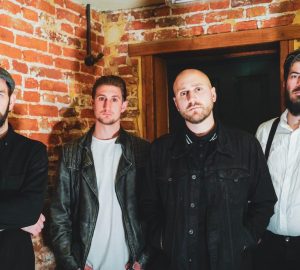