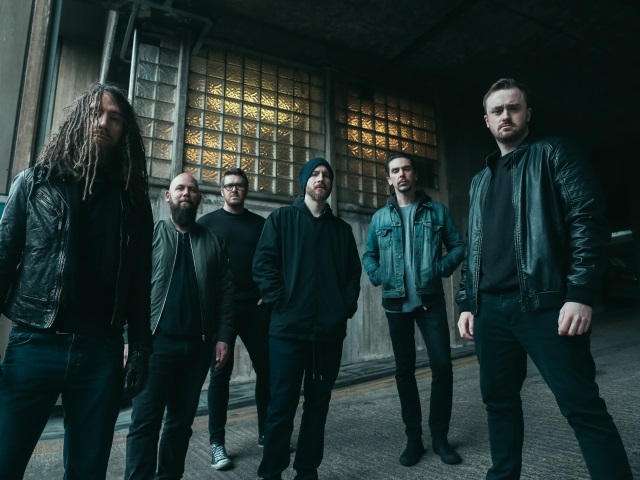 In 2014 SikTh made their comeback at Download Festival and three years later they graced the main stage. We chatted to guitarist Dan Weller about the festival, which holds such important memories for them.

You’ve just played the main stage at Download, do nerves kick in when you’re playing a show that big and how do you feel it went?

Funnily enough, nerves do kick in. Nerves are there when you’re thinking about it and leading up to it and you can start to see all the people. But when you’re on the back of the stage with your guitar in your hand the nerves just disappear it becomes just another gig as you’re in control and you know what to do. Plugged in, it’s working, we’re fine.

You brought out your old vocalist Justin at the end is it good having him back on stage with you?

It’s great, really good. We’re all really good friends so it was always going to be nice and chilled.

Was it a long-term plan or quite a recent idea?

Last week we called him and he said yeah! That was it and we saw him this morning and we told him where he was coming on and he said fine. That was it.

You made your comeback at Download 2014, were you more nervous then or today on the main stage?

More nervous today actually just because of the sheer size of it. I wasn’t nervous back then because I was just excited about playing a gig.

You’ve just released your album The Future in Whose Eyes? how does the new material compare to the old material live?

Reception is the best we’ve ever had from any record ever. Without a doubt. We’ve never had such a good reception which is amazing. Some of it’s a little bit extreme and some of it is a little bit more accessible but it’s lots of hard work which has gone into it which is all that matters for me.

Which do you prefer playing live? Old or new?

We can only play one of the new songs so the old stuff!

The video for Golden Cufflinks was made by Mikee himself do you feel having a DIY aspect to your band is really important?

You’re pioneers of tech-metal but are there any bands on the rise which you really love at the moment?

Yeah, there are some great bands. Black Peaks, I love Black Peaks I think they’re brilliant. One of the first bands I’ve heard in years that I think ‘fuck they’re really great’. They’re going places.

Any band play any song? I’d see Queen play The Show Must Go On.

After festival season what’s on the cards?

No fucking idea, that’s your answer.