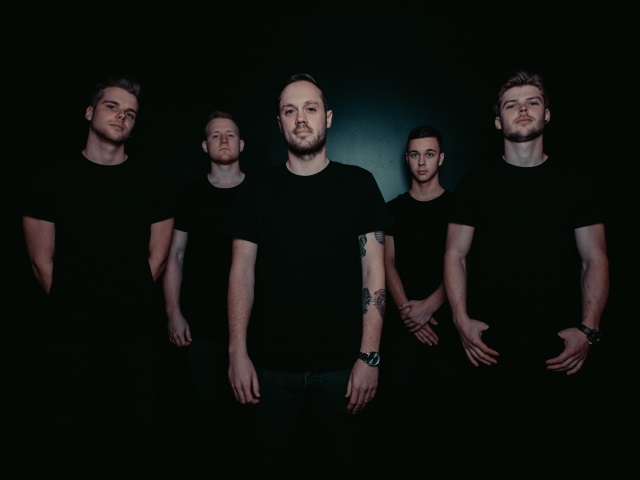 We caught up with Belgium hardcore band Moments ahead of their European tour to hear their top tips and stories from the road.

The beautiful thing about touring is discovering new places, meeting tons of people and even getting to know a different kind of mentality. We go to places we would probably never see and we do it all by playing our music. It does not get any better.

We are a small band, so big and luxury tour buses are not part of the deal. Spending hours in a small van lacking some comfort is not always pleasant. On our last tour, the van did not have any air-conditioning and let me tell you, it is quite warm in Italy. But all these discomforts are soon forgotten when we arrive at the venue and get to meet all those people. We do it all for them.

– Tons of food and drinks, not necessarily healthy stuff

– A wide arrange of music

– Endless amount of jokes and nonsense

– Friendship, you cannot tour if you don’t get along with each other

There is no returning pattern here, we like to improvise. The most memorable stuff happens when you least expect it. We tend to go with the flow, as they call it.

We like to do silly magic card tricks and sing along with songs on the radio, no matter how silly they are.  Skateboarding and swimming are activities we do whenever we can. We visited the largest indoor swimming complex in Czech Republic last year, that was so much fun! But basically, we live in the moment, it’s probably where our name came from.

Last tour, we played a show in a bowling club in Kamenice Nad Lipou (Czech Republic). The promoter there told us crazy things tend to happen here, initially we did not believe it but man, were we wrong. 10 minutes before the show started almost no people were at the venue but then suddenly people were starting to show up from every corner of the street, it was surreal… in a matter of minutes the venue was packed. The energy we witnessed that night was intense, very intense. People were running across the bowling lanes, jumping on and off tables and it unleashed a very powerful energy on stage. When looking back at the summer tour in 2016, that is the one that brings up the best memories.

We once drove for an hour looking for a nearby venue. It’s worth mentioning this was in the center of Barcelona with a very long van in the rush hour. Eventually, it turned out we needed to be in Badalona and not Barcelona, good riddance.

During last tour, we were supposed to have a day off but then a last-minute show was booked. It turned out there was absolutely no publicity or promotion done for this show. We played the show in an underground basement for one guy, the sound guy. We had a good laugh though!

The moment when your roadie gets so shit-faced drunk that when he decides to get up on the stage, he does it with a big air guitar and running into everyone and intentionally detuning our guitars. Rumor has it a lot of whiskey was involved that night. This one could pass for the next question as well…

Last year we played a weekender starting with a show in our hometown. You would think we’d save our energy for the coming days… but no. After a big party, we eventually left for Dresden only to get pulled over 5 miles further by the local police. They stopped us because strange things were happening in the back of the van, this was quite true. It looked like a walking dinner in the back of the van, also toy-swords and various attributes were involved here. Shout-out to our designated driver that night.

It may sound cheesy or cliché, but every show we get to play feels like a reward on its own. After hundreds of miles, traffic jams and worrying it feels great to finally get up on that stage. The stage is like a place where everything works out. And just like the fans, we can’t wait for that special moment. The magic happening between us and the crowd during our show, that is what it is all about.

Catch the band live in Europe at one of the following shows:

VIDEO NEWS: Sibling Release Video For ‘Dream You Away’