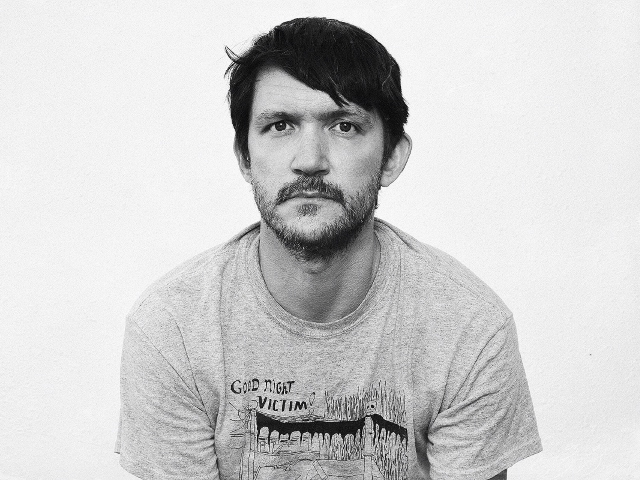 We caught up with singer/guitarist Tim Kasher (of Cursive and The Good Life) ahead of his forthcoming UK tour. He shares his stories and tips from a life on the road, including failing “chair tricks” and Robert Smith watching from side of stage.

At risk of coming off as dull as so many of us touring musicians… food. There’s a lot of down time when traveling from town to town, so finding that great food stop in between cities or revisiting that restaurant you’ve grown to love so much over the years can mean so much to a bunch of bored off their ass touring partners.

I suppose I’d say the length of certain tours. You’re on tour and you wish you were off tour again, but then you sit around at home and wish you were back out doing it again. Grass will always be greener. So those tours that stretch out, weeks into months, can get taxing.

– A good book and then a couple backups for when you finish that book. It doesn’t even have to be a pageturner; on the contrary, tour can be a good time to tackle that copy of Infinite Jest you’ve been using as a doorstop.

– A good collection of new albums you’re checking out on your ipod or whatever it is you travel with. I like to stop at the record shop with a little laundry list of new stuff to check out, prior to long tours, to be sure I am stocked up with new stuff to listen to.

– Nuts? Can I simply say nuts? I get irrationally hungry and it irrationally effects my mood, so I like to keep reasonably healthy snacks around at all times.

– We sometimes like to travel with our own liquors, as you never know what you might be getting at some of your venues.

I quite enjoy walking around the neighborhood where you’re playing, checking stuff out. I also tend to get out to neighboring pubs before the show starts to get a change of scenery.

Robert Smith watching us from side stage! It was the last show of the Curiosa tour way back when with Cursive, I saw this black mass of a person off in the corner of my eye and had the oddest hunch it was him. It was, and it was weird.

I shit my pants on stage and had to finish the set. And we were only three songs in. And it started to smell really bad and it was in this small, unventilated basement and then Shakira was onstage sniffing and I got taken to the hospital because it smelled so bad people thought I was sick but Shakira stayed with me the whole time and kept saying, “I still love you because I have no sense of smell”. I’m kidding! I don’t really know Shakira.

A long, long time ago Cursive was playing a house show and afterward I just kept drinking and drinking and decided I would start doing “chair tricks” which was a thing I thought I was really into at the time. The chair trick being that dance move where you walk on to the seat and then back of a chair and it falls backward while you balance on it. Of course, I can’t really do it and ended up bleeding all over this poor kid’s house.

Catch Tim Kasher on tour in the UK at one of the following dates: