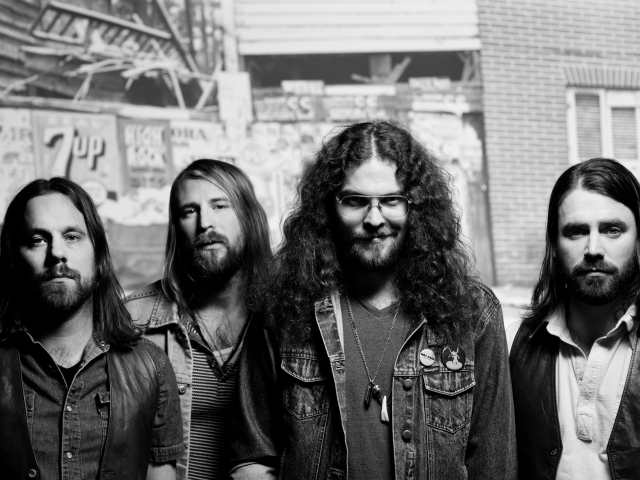 This week marks the return of Monster Truck, who are here in the UK rocking out on their headline tour. We caught up with singer/bassist Jon Harvey to hear some of the band’s stories from the road, from playing London’s O2 Arena and Wembley in the space of two days to meeting Lemmy.

The travel is definitely the best part. Playing shows is amazing but I’ve seen a lot of places I wouldn’t have if I was just a tourist.

I really don’t like being away from my family. Sometimes they accompany me and those are the best times.

2. Cereal in the morning (or something, you gotta eat!)

I like to write songs on the road. That’s typically how a good chunk of my day goes, sitting, thinking, then playing a bit.

The memory that sticks out for me was playing Wembley and the O2 within 2 days. It was a bit hectic with press and obligations but just being able to stand on stage in those 2 venues was religious. Topped off with a good old “Hello Wembley”!

I think the most hilarious moment was when our guitar player Jeremy ordered and successfully picked up 8 pizzas after Rock On The Range in Columbus, Ohio. He had to skateboard for like 15 minutes into deadlocked festival exit traffic but he did it.

My most embarrassing moment was probably near the beginning of our band when we just got wasted and played. I’d say my most cringe worthy moment is in there but to be honest I can’t remember.

The most outrageous moment will always be when I got to drunk in Boston. We were opening for Slash at the House Of Blues and I heard that Lemmy was coming. After we played we walked down to our dressing room, and there in the hallway was the king. Lemmy himself. I tried to gain some composure by drinking (naturally) but it just made me a shitty mess. Long story short, I basically fell over in front of Slash and about 300 of his fans and made a complete ass of myself. Hooray me.

I think my most rewarding moment happens every time my mum and dad come to see me play. They always supported me and it’s really great to see that all those terrible band practices they had to endure actually had a purpose.

Catch Monster Truck on tour at one of their remaining tour dates: