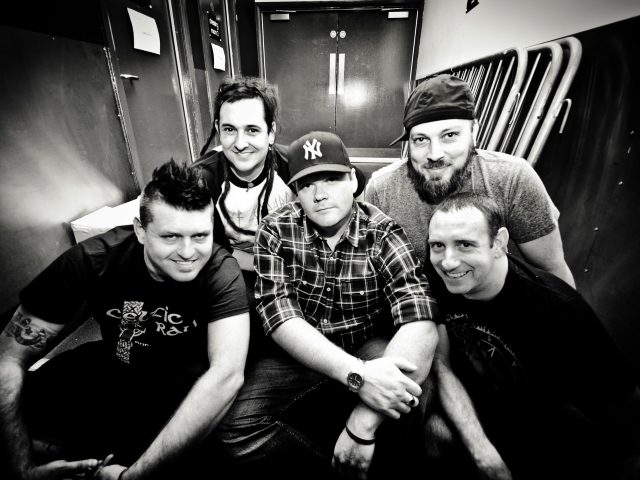 Less Than Jake’s live presence can easily be summed up with one word adjectives including ‘wild’ and ‘exciting’, but it is their latest studio work which has certainly re-grasped everyone’s attention (and that is not just because Sound The Alarm is the first new batch of songs from the quintet for a good few years).

Through the EP they exemplify an unwavering repetition of sticking to their signature sound, by digging deep into their catchy chorus catalogue of epic anthems. Mixing sub-genres, paces and pitches, the only thing that remains unchangeable is their miscellaneous likeability.

With a song cap of seven tracks for their feature release with Pure Noise Records, a number of them are practically branded with the words ‘LTJ Approved’. Confirming they are crammed with energy, memorable material and the most important factor of being unquestionably fun, it is relieving to know that the musicians are still hell bent on bringing their audience something as close to the sound that they love.

The epic intro of Sound The Alarm is a fantastic opener for those suffering from the new album jitters. A short ring of amplifier feedback from Call To Arms and in comes the quick bass chug of Roger Lima, before the rest of the entourage practically leap in to the track, with fast-paced guitar riffs and hi-hat/snare drum work.

Chris Demakes and Lima’s vocal rotation has become a necessity for most children of Evolution Kid, and luckily for that majority, the pair have also stuck their ground and maintained that strong alternation in party starters like Bomb Drop; teaming up once again for harmonies and individual spotlights.

Losing none of their potency after damn near twenty five years as a band, their excellent blend of reggae, ska and a devilish determination to keep producing electrifying music has essentially become their life-long mantra.