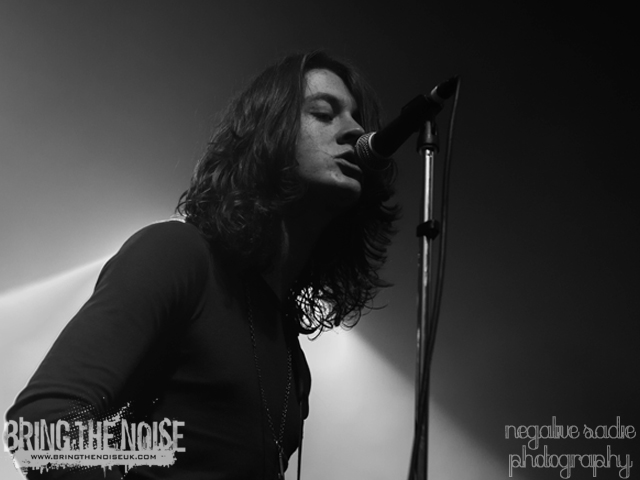 2016 marked the first year of Manchester’s newest music venture, Neighbourhood Festival. Spanning 11 venues across the city known for its vibrant nightlife and music scene, it was no surprise that the inaugural event was a sold out effort.

With over 100 acts to watch on the day, fans were facing tricky choices over who to check out, and unfortunately the queues wrapping around the venues helped to make choices for many. To start our day off we, along with seemingly all of the other attendees, headed to the O2 Ritz to watch Stockport stars Blossoms. As the band take to the stage the crowd unleashes chaos, the hot and at-capacity venue turning into a sing-along session. Performing as if this is their own headline show the indie rockers ooze in energy and confidence, kicking off many people’s day in the best way possible. 8/10

From the O2 Ritz to The Zoo (which is actually a pub, not the zoo that we were hoping) we settled in to see some of the smaller, up and coming bands on the bill – the first of which being Dead!. Fast paced, frantic and packed to the brim with onstage energy the room fills up steadily as the band’s set gets underway. Latest single Something More Original becomes a set highlight, with fans both new and old tapping, clapping and getting involved during the captivating set. 7/10

We’re big fans of bands supporting other artists and Dead! vocalist Alex Mountford does exactly that, shouting out follow-up act Grumble Bee and encouraging attendees to catch their set, which we made sure to do. Jack Bennett’s rough, raw tones stand strong over the hook-filled guitar lines. Making a name for himself in the previous months has gained him a solid fanbase, creating a really special atmosphere in the small pub room. For many, their day will consist of running from venue to venue, but Grumble Bee provides a time of reflection to have a bop, drink and watch one of the strongest artists on the scene right now. There isn’t a single grumble to be said about this set, as it for us – and we’re sure many others – the highlight of the festival. 9/10

Turning The Zoo into a raging lion pit is Black Foxxes, a band who definitely don’t do things by halves. Filling up the venue ahead of their set, the band flaunt new material taken from their debut album I’m Not Well. From the onset we’re cast under a captivating spell, the emotive rock tones getting under the audience’s skin, uniting us all and turning Neighbourhood Festival into a rowdy night out. Quite literally shaking the floor with their bellowing beats and the bold vocals from Mark Holley, the trio perform a set showcasing the slick musical abilities that they have perfected over their career. The passion, strength and sheer enjoyment shown during their set leaves an imprint lasting long into the night, knowing that the crowd enjoyed it just as much as Black Foxxes did! 7/10

With our day drawing to a close, we head to Sound Control to check out indie rockers Vant. In a hot, stuffy room, the quartet leave fans waiting as they arrive fashionably late to the stage. Mattie Vant’s bellowing vocals echo around the packed out room, tracks including I Don’t Believe in God and Birth Certificate rousing the crowd into a frenzy. Latest single and the politically driven Peace & Love sums up one thing that the venue was missing, and one thing that the venue had plenty of during Vant’s set. An explosive set sees fans taking to shoulders, a cucumber being waved in the air (we don’t get it either) and sweat swelling around the dance pits, which popped up within the crowd. Guitar-pop is making a huge comeback, and with Vant firmly leading the way they show us how to put on a headliner worthy set. 8/10

Headlining the O2 Ritz at Neighbourhood Festival is Twin Atlantic, a band riding high following their fourth album GLA successfully storming the charts. Yes, the venue might not witness the chaos that Blossoms unleashed, but with a crowd who’d waited all day for their set their fans muster up their last bit of energy during this set. From the opening chords of Gold Elephant:Cherry Alligator, the mosh pits open up and it’s clear that this is what the Scottish rockers were hoping for, judging from the smiles on their faces. There’s no denying that Twin Atlantic know how to perform, sticking to a simple stage set with no gimmicks, but focusing on their well-loved tracks including Crash Land and Heart And Soul. With Neighbourhood Festival drawing to a close, Sam McTrusty throws his last bit of vocal energy into an earth shatteringly strong performance of single No Sleep, closing the festival on a high. 8/10

Neighbourhood Festival may have had some issues with venue capacity and queuing, but what can you expect from a festival selling out well in advance and featuring some of the biggest bands on the scene right now? After the success of 2016, 2017’s event has already been announced for the 7th October 2017; who knows how they’ll follow up the lineup success of 2016! 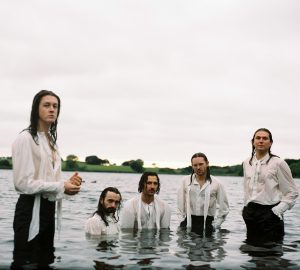