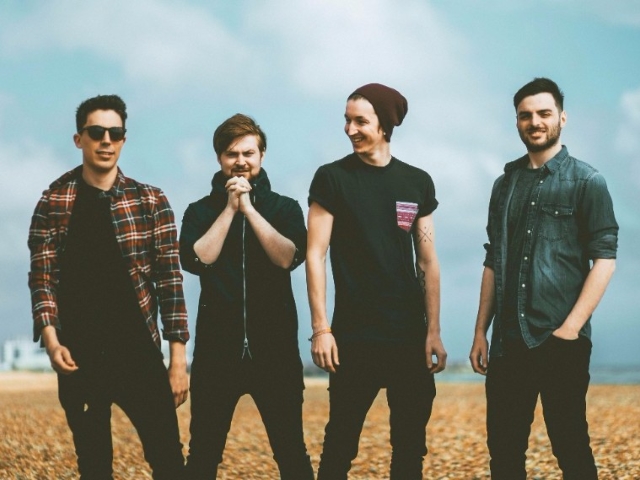 Three years on from their debut album All Lights In The Sky, Area 11 have joined forces with Cooking Vinyl to release its follow up Modern Synthesis. Known for mixing pretty much every genre style from raw screaming vocals to electronic-tinged melodies, this is a theme carried through into this release.

From the onset, Area 11 show off their musical ability as the hypnotic synths of Override [C] becomes submerged with riffy, nimble guitar lines and the upbeat drumlines that drive the track. One track in and it’s clear that this isn’t going to be a singular genre experience as there’s a mix of alt-rock and electronic already present.

Vocalist Sparkles* shows off his love experimenting with his vocal ability, Watchmaker and The Life Of A Ghost being just two examples that showcase his spectrum. Synth-heavy Watchmaker is a bit of a weird one, the flow is broken and disjointed: vocally you see melody and striking power within a few moments of each other. Then you have The Life of A Ghost, which immediately banishes the synths and welcomes plucking guitar lines with a pop-punk vibe. Here you really do see a whole different side of Area 11, instead of hiding behind electro synths we’re shown the whirlwind guitars bellowing beneath Sparkles* vocals; it might be playing safe but it’s a nice mix-up in the release.

Area 11 are taking genre hopping to a new level as The Contract and Nebula offer classic rock tones, resulting in two in-your-face tracks. The guitar undertone is infectious, rowdy and makes you want to start a pit from the comfort of your room. Whilst Nebula is melodic heaven it seems a little too familiar for our liking (if you can work out where from we’d love to know!) If you want to hear one of the riffiest guitar solos you’ve ever heard, skip to this track. Right now.

Every release flaunts a standout track, showing the band at their best: for Area 11 Versus is that track. From the harder rock to the haunting guitar lines and raw vocals from Sparkles* this is explosive from the word go. There’s a darker undertone to this release yet it flaunts choruses to get the crowd up, moving and singing along at shows.

Taking the release in a completely different direction is the ballad effort of Processor. Processor is piano-led and the longest track on the release coming in at just under seven minutes long. The problem with this, however, is clear: there’s not enough power for us to be able to force ourselves to sit through the lengthy track more than once. With delicate choruses there’s a dose of raw screams feeling totally out of place. Maybe if the track was shorter it would work, but the spark is lacking.

We hope for Area 11’s sake that closing track Panacea and The Prelogue is a redeeming effort, however at a similar seven minutes in length it seems that they haven’t got the hint that it makes us want to turn off. There’s piano with sincere, emotion-packed vocals gliding above nimble guitar lines, packing a last minute punch of crashing drum beats; this might have saved the release yet as the spark dies out we just want more.

Area 11 has produced an album that lacks the direction it needed to make this a memorable release. Despite showing their musical skills there are few gems to allow them to shine to their full potential. If they choose one genre to perfect, then maybe next time we’ll be writing a more positive review. 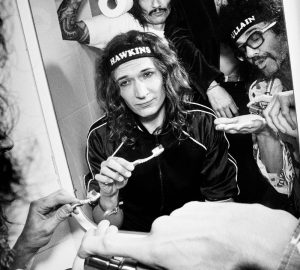