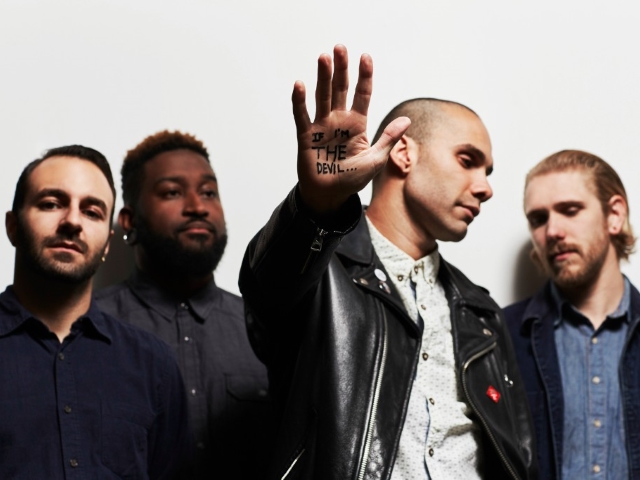 There’s no denying that every letlive. fan on the planet was itching for the band to make their  return earlier this year, so when the time finally arrived we were, quite frankly, overjoyed. Having recently made their mark on intimate UK venues and with their brand new album If I’m The Devil… imminent, we caught up with frontman Jason Butler to find out exactly what’s been going on since 2013’s The Blackest Beautiful.

So 2016 marks the release of your fourth studio album, it’s almost three years since the release of The Blackest Beautiful. Has the album been in the making for a long time or did you guys get the opportunity to take some time out?

Since The Blackest Beautiful we were touring pretty much interminably. We were touring very steadily for at least the two years following, and then I think between a couple of us in the band, like Jeffery [Sahyoun, guitar/vocals] and myself, were always writing music, so we were writing bits and pieces and some of the songs on this record – just like the last two records – are songs from like years ago that were finally worked out. So I guess throughout we were, but about a year before we went into record, so at the end of 2014 we actually started to focus our efforts on writing a record for five months.

You’ve said that this record is the one that has finally developed the sound that is letlive.

What has changed? Have you done something different deliberately or has it been a natural development?

Good Mourning, America was the first glimpse of the new material for your fans, is this a good indicator of the record as a whole or are there some surprises in there?

Yeah, I mean no. Hmm, that’s a good question! No there are certainly some surprises. I think for a lot of people Good Mourning, America was a surprise, which I found to be interesting. I mean sonically I suppose it is a little different but ultimately it holds a similar structure to what we’ve used before, it’s what we’ve built within the structure that’s a little different. I also saw people so focused – which I loved – on the subject matter, on the political and sociological paradigms that are discussed in it, and I just thought that’s something that has always been a part of letlive. But I think now it’s more obvious and more clear cut. The record itself as a body of work – I just can’t wait for people to hear the whole thing. There are certainly some things that I think some people wouldn’t expect from letlive., but then again I think that’s what people should have always been expecting: not knowing what to expect.

When the album is out we imagine you will be touring a fair bit – although it’s exciting to get the new material out in a live environment does it become increasingly difficult to cut older material from your set?

You have the questions today, it’s good! Nah, I think that it’s more exciting to have a larger catalogue that you want to play and I guess as you evolve as a band you hopefully get to play longer sets. For the most part I think we know what we want to keep and then there are certain songs that we can trade in and out, but as of right now we’re just really excited to integrate maybe forty to fifty percent of the new record into our set.

letlive. has been a band since 2002, but did you always know from a very young age that you wanted a career in music?

Yeah I mean, my dad was a musician and for most young men your father is generally your male example. So at a young age I saw my father playing music with a bunch of cool cats that smoked weed, acted cool and played songs. I never got to the smoking weed part but I definitely tried to act cool and play music when I was younger. I guess the one, consistent thing for me was always music: no matter what I was doing whether it was skateboarding, which I thought I was going to do, or writing my essays to get an education – I was still listening to music while writing. But the one thing that remained the same was music. It was always there, music was always there no matter what, like no matter what happened I could always listen to music. Like when I tried to film for a video because I thought I could be a pro skateboarder and I broke both of my ankles I could still play my guitar, y’know? When I went to school to try and have a backup plan which, again was quite a futile effort because I didn’t really do it, music was always the thing that I would run to between class. Or skip class completely just to go and play. I think I’ve always known.

In your head what was your backup plan?

At first it was pro-skateboarding. No sorry, first it was playing basketball but I’m just under six feet and you have to be really good to play basketball under six feet. Then it was skateboarding, and then when I formed a more developed, reasonable and pragmatic mind I wanted to be a teacher. That’s something that I still think about, I was talking to my wife about it the other day. I think I would like to go back to school eventually and get an education degree to teach.

Would you teach music?

Y’know you have to be so good at that, I’m one of those guys that can hear something and then create but I’m definitely not a music theory guy, so I think I would just teach English.

As a frontman a lot of people see you as an inspiration and a role model. When you were younger were there any musicians, as well as your father, that you admired?

It was Michael J Fox in Back To The Future. He was the reason that I wanted to play guitar except for my dad. I thought that Marty Mcfly was so cool and he was kinda like a badass but he had this sort of charm that was endearing, but kind of a fuck up. Anyway I thought that he was really cool, but real, actual musicians I would say that Michael Jackson was a very obvious one, James Brown and oddly enough somebody from this country. A band called Bush was the band that made me want to play rock music, so Bush and obviously Nirvana. But my first inspirations and the thing that made me want to dance and sing and perform were yeah, Marty McFly, Michael Jackson and The Lion King. Those are my favourite things.

They’re great choices. Finally, when you started letlive. in 2002 what did you want to accomplish and do you think you have accomplished it?

Yeah that’s the one thing that makes me believe in the idea of letlive. It’s always been the same thing, like from the jump was making people feel comfortable, allowing them to express themselves in a way that is non-judgemental, emancipating yourself from this idea that societally we have to conform to…[pauses, laughs] I know it sounds like your typical alternative, “be free” bullshit but it’s true man, since I was a kid I’ve always wanted to be able to say things and do things that made me feel in a way that I felt was repressed a lot throughout my life, and it’s kind of what the idea has been. So it hasn’t really changed, aside from like the soundtrack which is the music. The music changes because your tastes change, but my ideologies and my frame of mind have always been the same, and that’s what letlive. was when I started it – when I was 16!

Thanks so much for your time Jason, good luck with the record!

If I’m The Devil… by letlive. is out on the 10th June via Epitaph Records, pre-order your copy HERE. 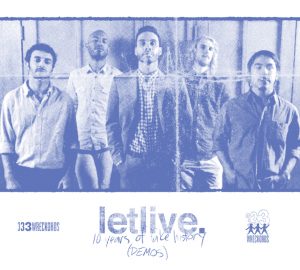 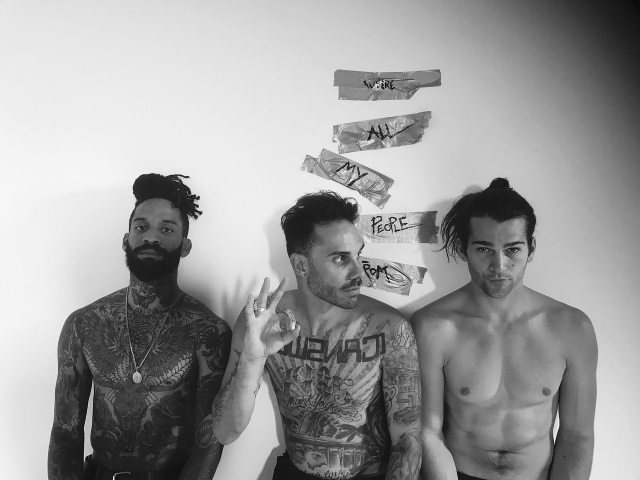