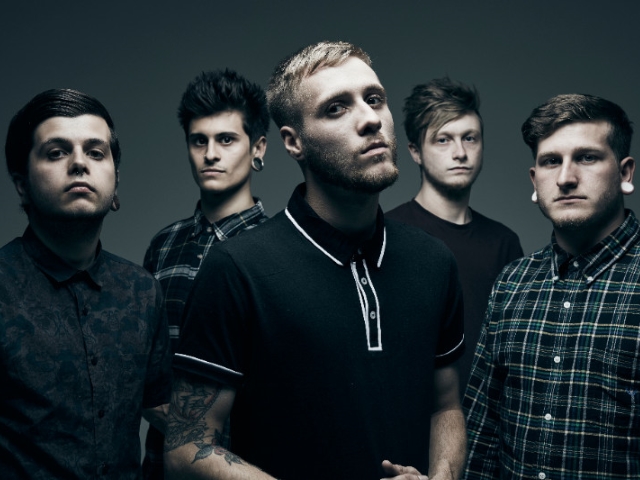 Melodic metal outfit Values released their Broken Nation EP through Ghost Music in February, and with support already from the likes of Kerrang Radio, Metal Hammer and Scuzz TV the quintet are heading in the direction of success. We caught up with the band to discuss the EP, what you can expect from their live show and more.

Hey guys, thanks for taking the time to chat to us! You released your debut record Broken Nation last month, what has the response been like so far?

Overall we’d say the response has definitely been a positive one and having the opportunity to promote it through Scuzz, Kerrang and Metal Hammer has helped increase our reach. Already having people coming to shows and shouting the words back at you after a short amount of time is a great result for us.

We understand that you have been in other bands in the past, was it nerve-wracking for you to start from scratch as Values and bring out a debut release?

I think it was the opposite really; all of us needed a fresh start musically and Values was a relief. Having the opportunity to learn from mistakes and write more substantial music was mainly what we did differently. There was initial apprehension as to what people would think to our sound as it doesn’t really stick to one genre as such, but i think overall we are a lot more confident in Values than any of our previous projects.

For those who are yet to check out Broken Nation, what sort of thing can they expect? Are there any key influences that shine through?

Broken Nation is a combination of a lot of riffs, a lot of massive choruses and a lot of beatdowns. We also love our ambient clean sections, so really its difficult to define what to expect. I think our Yorkshire background comes through in the music at times, but i think ultimately we went into this to write the biggest anthems we could, we didn’t really think about what genre we were at the time.

You guys are already working with Ghost Music and The Daily Dischord Agency which is impressive considering you’ve only been a band since last year – how did that all come about?

Toyan picked us up after about 2 months of being a band when he saw our video for Blind Ignorance, and it’s built from there really!

You played an EP release show in Leeds and you’re set to tour with Thrones later this month, is being out on the road and playing your music in a live atmosphere a big part of being in a band for you?

We definitely love playing shows thats really what this is all about for us. Travelling and meeting new bands and new people is a major part of the fun. In order to do that efficiently though we decided to plan ahead and not just jump into shows, which has proven to be the right choice retrospectively.

What can people expect from a Values show?

A lot of energy, a lot of movement from the crowd, a lot of opportunities to pit and shout back the words; just a lot of fun basically.

Talking of Leeds, the city is renowned for its huge music scene – would you say that coming from the city influenced you wanting to make music and be in a band?

I think our love for making music came before learning about and being a part of the music scene, so I wouldn’t say it influenced us. But definitely being from the Leeds area helps us promote and generate good turn outs to home shows.

Finally what are your plans for the rest of 2016?

Touring mainly, playing our debut EP to as many people as possible! We’ve currently got dates announced for Huddersfield, Leeds, London, Leicester, Wrexham, Bridgwater, Workington, Sheffield, Edinburgh, Glasgow, Dundee, Dunfermline and Aberdeen with a lot more to be announced soon!

Broken Nation is out now via Ghost Music.

VIDEO NEWS: Against The Current Reveal Lyric Video For ‘Wasteland’