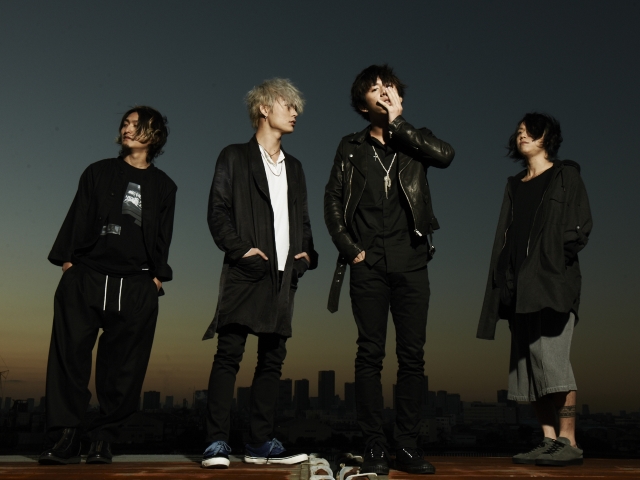 Just under a year on from their sold out show at Electric Ballroom, Japanese quartet One OK Rock made their return to London. With this being the final date of their UK run of shows this year we had high hopes, especially with support coming from Dead! and We Came As Romans.

As we made our way into O2 Kentish Town Forum there was a sense of relief filling all corners of the room. Tonight’s One OK Rock show was meant to be tomorrow at Shepherd’s Bush Empire but due to the venue temporarily closing a reshuffle took place. But the fans that have made it don’t care, with many queuing in the cold from the early hours to get a good place in the crowd.

Dead! are a band BTN have written about and seen many a time, with their recent signing to Raw Power Management tonight was seeing them play their largest show to date. Performing a mixed set of new, unheard (and unnamed) tracks alongside fan favourites such as tear jerker Alaska and angsty Enemy, the quintet lap up the undivided attention of the audience. Following their line up shuffle, the quintet seem to be at home on the stage, making it their own and adding their unique chaos to their set. It’s clear the night is one the band are enjoying, with Alex Mountford taking things higher as he climbs on a speaker to get a better view of the large audience in attendance, whilst guitarist Louis Matlock has a big cheesy grin stuck to his face throughout (we and 2000 others saw it Louis, you can’t hide from us!) We predict the upcoming months to be busy as Dead! get accustomed to stages this size, and hopefully we’ll be hearing even more new material in the not so distant future.

With the room substantially packed it’s time for metalcore sextet We Came As Romans to take the stage, predominantly used to club show stages it doesn’t take much for them to feel right at home. Opening track Regenerate highlights the band’s sound transition, into a mature mix of clean and unclean vocals with bold backline beats to get the crowd jumping. Neither band nor crowd stand still during the seven song set, with the audience looking in awe as the band regularly flaunt their well rehearsed synchronised stage routine. We must admit all of the additional spins make us feel a little bit dizzy at times… Dave Stephens and Kyle Pavone’s vocals captivate every ounce of attention parading across the stage, looking out to the crowd loving absolutely every second of their set. Closing with Hope we see the best response of the set: instrumentals are always a winner and the set ends on a high. We have to admit though we were secretly hoping for their infamous Taylor Swift cover to make an appearance, next time yeah?

By the time it’s the turn of the headliners One OK Rock, the eager crowd are ready and raring to go. On arrival of the band’s backdrop onstage the screams begin, the anticipation increases and we just know that this crowd isn’t going to be stood still for long. 2015 saw the band release their album 35XXXV via Warner Bros, the start of a new chapter in their decade long career. Opener Take Me To The Top is the first taste for many in the crowd of a live show from the quartet, as Taka Moriuchi’s vocals fill the room with gritty guitar lines and rousing drum lines. This was going to be a full on, explosive set.

It’s fair to say that despite not being a household name over here yet One OK Rock have gained a significant following in the UK; but it becomes apparent that through the language barrier, and also due to the lack of shows in the UK a large amount of tracks seemed relatively unknown to the crowd stood in front of them. The Beginning and Mighty Long Fall were the tracks needed to change the set around, their unique combination of genres means yes, they might not always be the most sing-a-long friendly act to go and watch, but as shown during these two tracks when a sing-a-long occurs it’s taken to a whole new level.

We love watching the faces pulled by the quartet whilst they’re acting out their rockstar duties, receiving screams each time they take a step closer to the crowd; it feels like a powerful force awakening. As the band return for closing track No Scared they embrace the Christmas spirit donning Christmas hats to take a very untraditional photo for the family album with the crowd.  Despite some small language barriers and a lack of true genre identity it seems that One OK Rock are definitely doing something right with a crowd who follow their every move.

Tonight’s line up may have been mismatched in places, but witnessing bands taking the leap from club stages to large venue stages is something that never gets old. Just you wait for Dead! and We Came As Romans to be living on stages this size. And for One OK Rock? They’re definitely making the right moves especially with the release of an English album, which could be the start of a promising career over in the UK scene.