ALBUM REVIEW: Light Years – I’ll See You When I See You 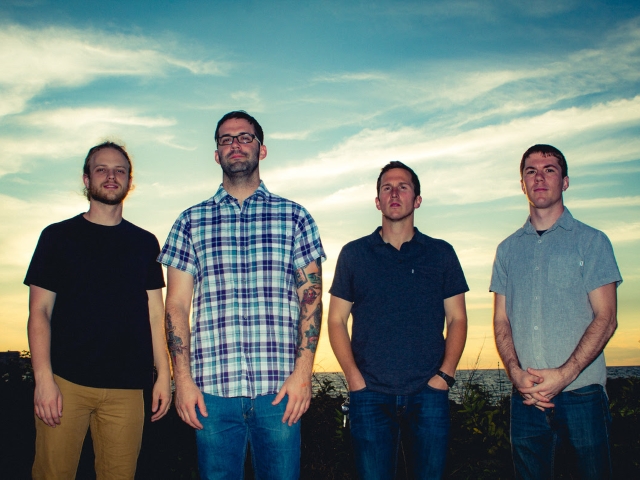 Following on from their signing to Rude Records and the announcement of their UK tour with Neck Deep (and State Champs and Creeper too!) in 2016, Ohio’s Light Years have released their second album I’ll See You When I See You.  Their pop-punk sound features a matured style compared to the teenage angst usually associated with the genre, but never fear the classic elements are all still there!

Opener Are You Sure? is a punchy track which screams generic pop punk with angst filled lyrics, loud drum lines and some snazzy guitar lines. Pat Kennedy’s vocals turn this pretty lack luster track into a soaring sky high number. Rearview takes the release into a faster direction bringing melody to the release. The technical guitar work with the nimble notes pulls in the listener and you’ll probably, like us, be very very impressed with it. Taking a look back on past youth memories, love and other nostalgia it’s catchy pop punk which may not be breaking any new ground, but it’s slick.

The Summer She Broke My Heart’s title gives the game away on the track’s lyrical content…Instantly being one of the most production perfected tracks on the release, the hooks from bassist Tommy Englert take centre stage. We’ve wanted a sing-a-long track because lets be honest, that’s one of the best bits about pop-punk and finally we’ve got this. From bold sing-a-longs to mellowness in Cracks On The Ceiling, there’s a step away from the pop punk – it’s a bit of a weird one, it feels pretty poppy at times and has catchy guitar melodies to match.

Our issue with this release is that we’re left wanting more dimensions, with tracks such as Let You Down and Lost Ground being too samey, predictable and sadly just dull, packed with clichéd lyrics, overused guitar lines and a lack of a spark setting tracks apart. As hard as we try to find something unique and memorable here we just can’t seem to.

Funeral and I Wish I Could are the final tracks that have the chance to turn around our opinion of the release. Funeral is a short and not overly sweet track as it loops the lyrics “You always say life is beautiful, will I see you at my funeral?” with varying amounts of guitar backing. Coming in at just under two minutes we’re a bit confused as to the need for it on the release. I Wish I Could doesn’t do anything to change this record from mediocre to outstanding territory.

I’ll See You When I See You has seen Light Years bringing the maturity to pop-punk; but that doesn’t prevent many of the tracks acting as fillers, with not enough being standout, unique moments. There’s definitely the chance for potential to be hidden within Light Years and hopefully their next release will uncover it.

Standout Tracks: Are You Sure?, The Summer She Broke My Heart