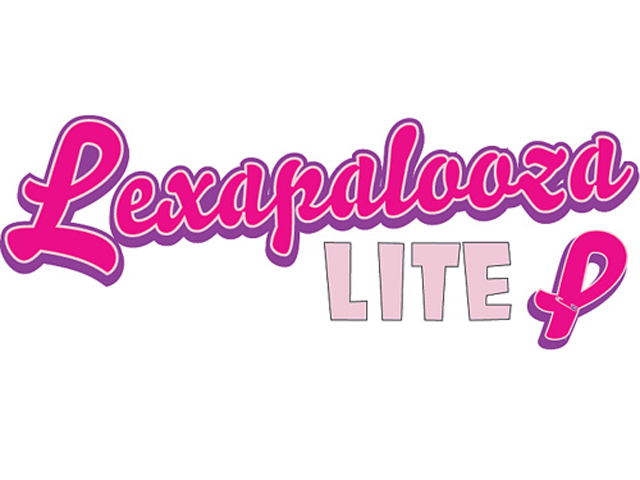 Help give tits a chance! Lexapalooza Lite in aid of Breast Cancer Campaign! One day, One Stage, 13 artists!

Now in its fourth year Lexapalooza is starting to establish itself as a leading event celebrating all genres of music and raising money for a charity close to our heart. All proceeds from the day go to the charity, Breast Cancer Campaign. Their mission is to beat breast cancer by funding innovative world-class research and to understand how breast cancer develops, leading to improved diagnosis, treatment, prevention and cure. Lexapalooza has so far raised over £6000 for Breast Cancer Campaign with its previous annual one-day events, which have seen performances from the likes of Get Cape, Wear Cape Fly, The Xcerts, Spectrum 7 and the amazing Frank Turner.

Taking place on Saturday 10th October 2009 at The Flowerpot in Kentish Town, Lexapalooza Lite will host a wealth of eclectic music from acoustic to folk and from hip-hop to electro running from 12pm until 2am (with live music finishing at 11pm).

This years line-up (in alphabetical order) is as follows: Anna Madeleine; upcoming singer/songwriter B-Sydes; satirical yet catchy pop from Beans On Toast; the soulful sounds of Ben Marwood; psychedelic folk/rock of Chris T-T; INME’s guitarist/ vocalist turned solo artist Dave McPherson; the delicate folk of Emily Barker; Scottish crooner Mark McCabe; the gypsy folk Sanjuro; and acoustic Hip-Hop from one of London’s The Leano. There are more acts to be announced including a very special guest to be announced on the day.

There are no advance tickets, and no guest list – just a suggested donation of £3 on the door. This is on a first come, first served basis. All previous Lexapalooza events have been a complete sell out up to 5 months in advance,  so get down early to ensure you don’t miss out.