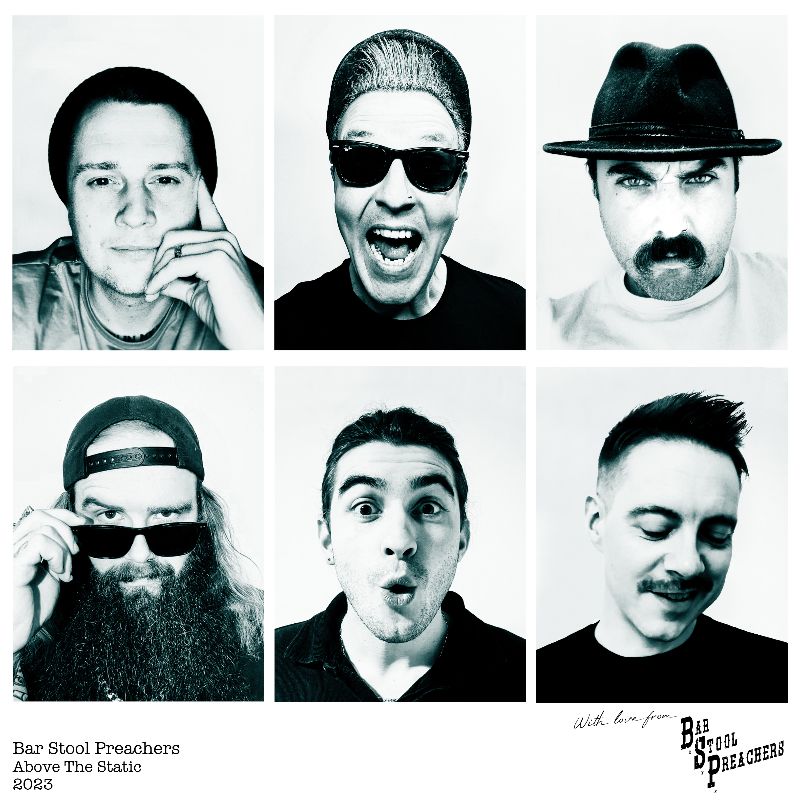 The Bar Stool Preachers have announced their new album Above The Static is set for release on 31st March 2023 via Pure Noise Records.

The band have also released a video for their new single All Turned Blue.

“This is a song for lovers, a song for shared lives and a song that tells the truth about the grey area between hearts. All Turned Blue epitomises the ever present conflict that comes with falling in love and growing up. Catchy, relatable and heartfelt, it’s a story about making hard decisions, moving out and staying true to yourself – all set to a tune that will move your feet and stick in your head for days. As we walk through life, we pick up responsibilities and if we’re lucky, people, along the way. When we love those people, sometimes that love changes us,” explains frontman Tom McFaull.

Like what you hear? All Turned Blue can be streamed HERE and Above The Static is available to pre-order now.

Following the release of the album, The Bar Stool Preachers will be heading on tour across the UK. See them live at the following dates: