Martha have announced their new album Please Don’t Take Me Back is set for release on 28th October via Specialist Subject Records.

To celebrate the album announcement, the band have shared a video for their new single Baby, Does Your Heart Sink featuring Ross Millard of The Futureheads.

“‘Baby, Does Your Heart Sink’ is just your classic break-up song, but one designed to be played at the disco at the end of the world. If there are multiple timelines, worlds, and universes out there, you’ve really got to wonder how things are going in the others, don’t you?,” explains the band.

The video was shot at Pop Recs in Sunderland and is dedicated to the community music venue’s co-founder Dave Harper who passed away last year. The video features Michael McKnight of Frankie and the Heartstrings, Mehzeb Chowdhury and Elf Kingdom. Drummer Nathan Stephens-Griffin directed the video and comments, “This was the first time we’d all been together as a band for a while, and it was a really fun day. Pop Recs is a brilliant thing, and we want to support as much as possible – everyone should visit when they get a chance. We’ll be doing our Northeast album launch on that very same stage in early December and we can’t wait. Hopefully the people watching are more into it on the night though! It was also extremely cool to get to direct a video featuring a Futurehead and a Heartstring!”


Like what you hear? Please Don’t Take Me Back can be pre-ordered HERE. 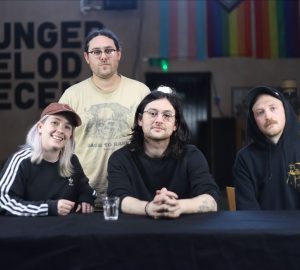 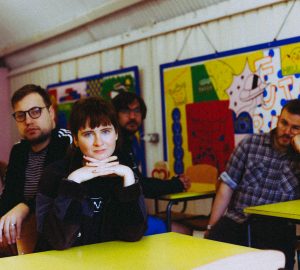