ArcTanGent Festival has announced more names for their 2022 event, which is set to take place at Fernhill Farm between 17th-20th August.

Festival organiser and head booker James Scarlett comments: “This announcement might be considered the icing on  the cake, but really it is so much more than that. I’ve been trying to book Lighting Bolt ever since we started ATG, so it feels like a  really big booking now it has finally happened. I also think that DVNE  are basically the best up and coming band in the UK, so everyone needs  to check them out now – For Fans Of Mastodon and Cult of Luna. I can’t  wait for August!”

The new names will join previously announcement headliners Opeth and Cult Of Luna alongside many more who can be seen in the poster below! 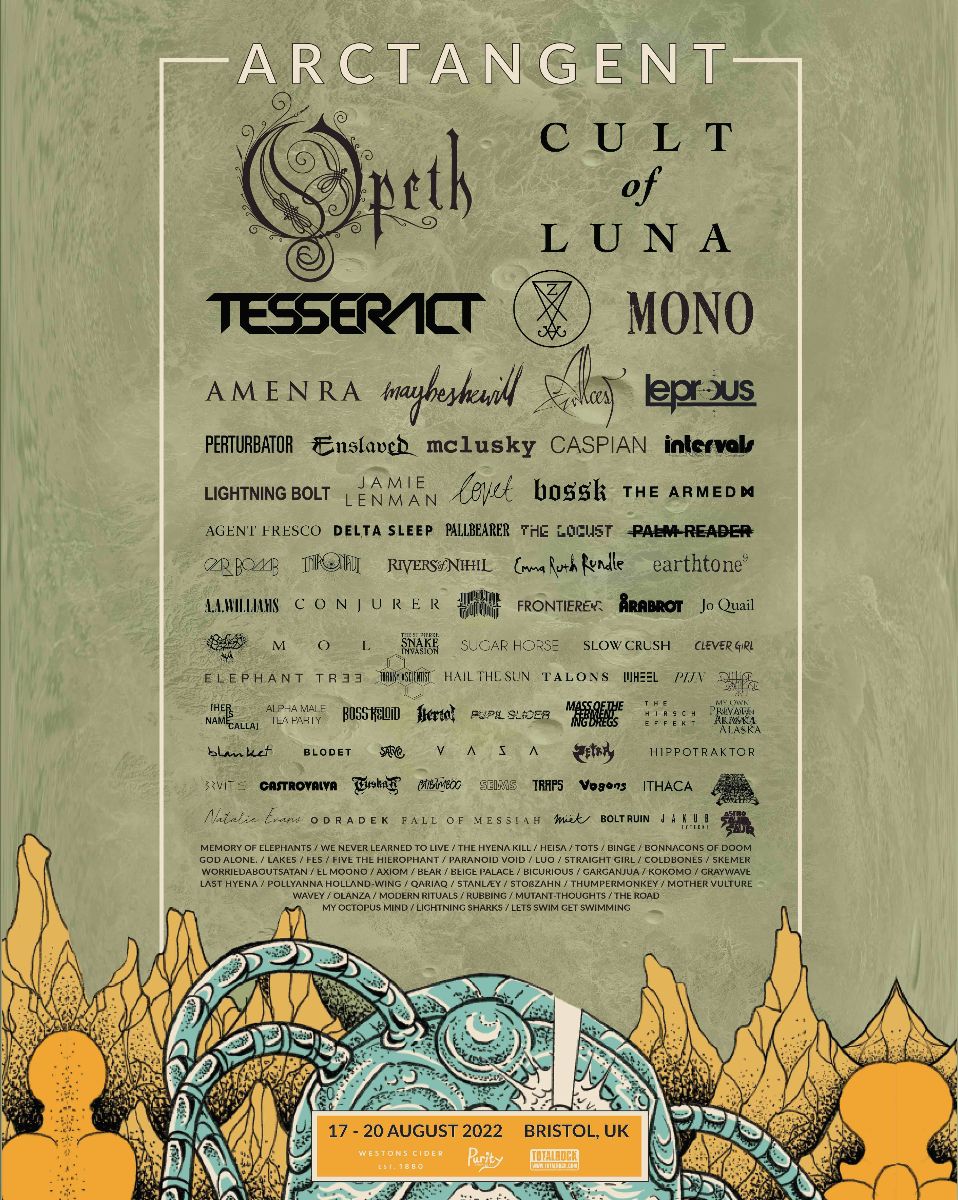 Head to the ArcTanGent Festival website HERE for further information and tickets for the weekend.