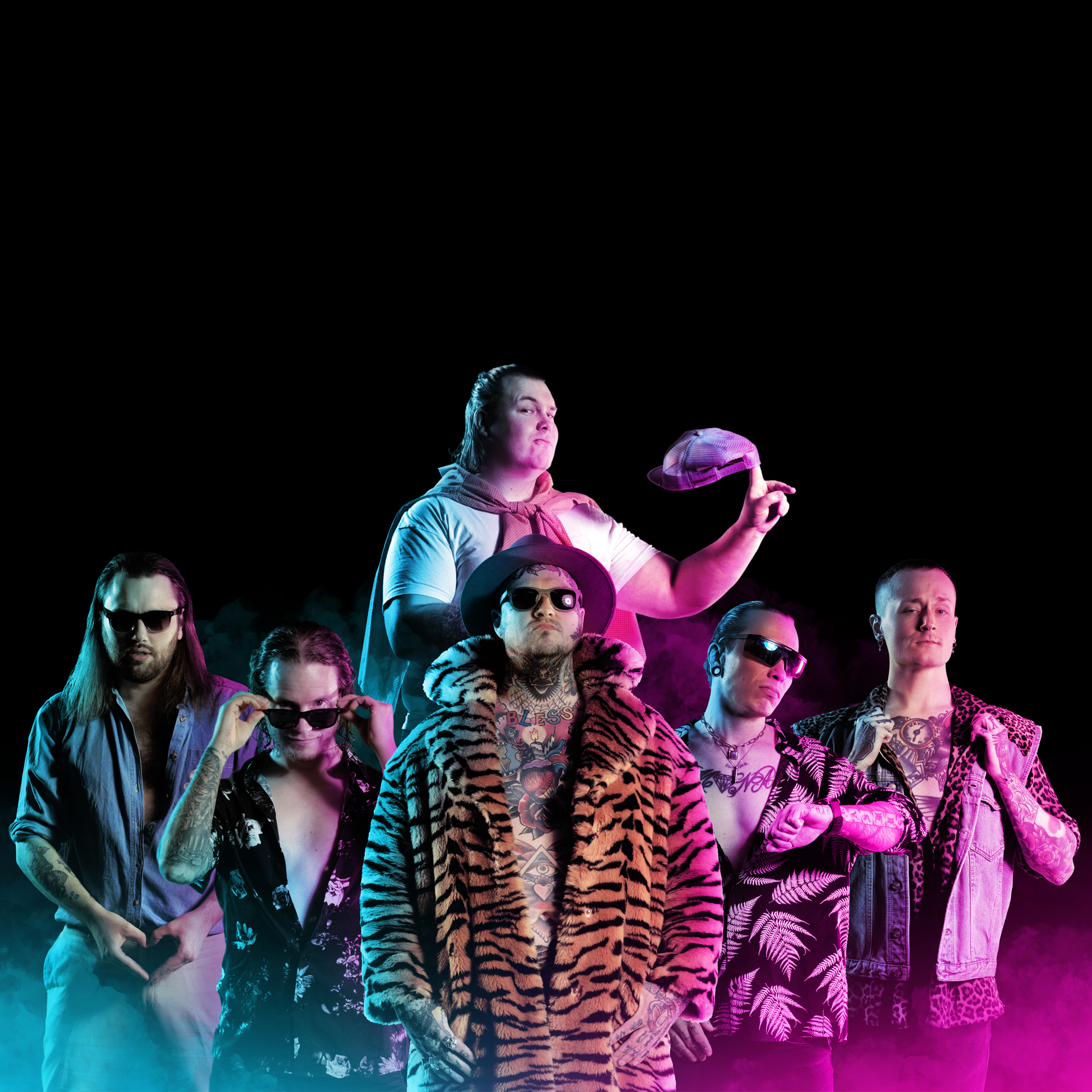 Finnish metalcore sextet One Morning Left are back with their brand new album Hyperactive, their first new music in five years. Since the release of their 2016 album Metalcore Superstars, the band have been building their reputation on the live circuit, playing shows alongside Amaranthe, Protest The Hero and more, as well as performing at renowned Finnish festivals Tuska Open Air and Rockfest. Intrigued to find out more about the band, we caught up with guitarist Leevi Luoto to discuss their formation, ambitions, influences and more.

Hey! My name is Leevi, I play guitar and sing in a crazy 80’s influenced metalcore band called One Morning Left! The band loves the modern stuff that’s going on but also EVERYTHING about the 80s: the synth soundscape and the riffs. On our brand spanking new album Hyperactive we decided to combine those two worlds and ended up with something truly unique. And sexy.

The band was formed way back in 2008 by our lead singer Miksu. He wanted to create something that was wild and funny at the same time. Our drummer Niko and I joined the band 2014 and the rest of the Hyperactive line-up formed 2018-2019.

I was 8-9 years old watching my dad rocking out with his band on stage and realised “that is what I want to do.” I’ve been playing, singing and creating music ever since!

There’s a lot of different influences for each member of the band, but our mutual influences when creating our new album were Northlane, Misery Signals, Protest the Hero, Def Leppard, Bon Jovi, Judas Priest, 80’s cinema, 80’s synth soundscape and old school videogames.

We want to spread our crazy positivity-driven energy all around the world! Huge tours, huge shows and 200 platinum albums.

For those who are yet to see you live, what can they expect from a One Morning Left show?

MASSIVE amount of energy in a form of contagious charisma, backflips, blood and sweat! If we’re playing near you you don’t want to miss out on it. Get your sexy 80’s groove on and come party with us!

What’s next for One Morning Left?

Pretty much same as for every other band on this planet: waiting for this COVID-stuff to calm down and getting ready for shows. And creating more music. Planning world domination. Basic stuff. Meanwhile we’ll be releasing a lot of new material so stay tuned! xoxo Leevi

One Morning Left‘s new album Hyperactive is out now via Arising Empire, available to stream or purchase HERE.