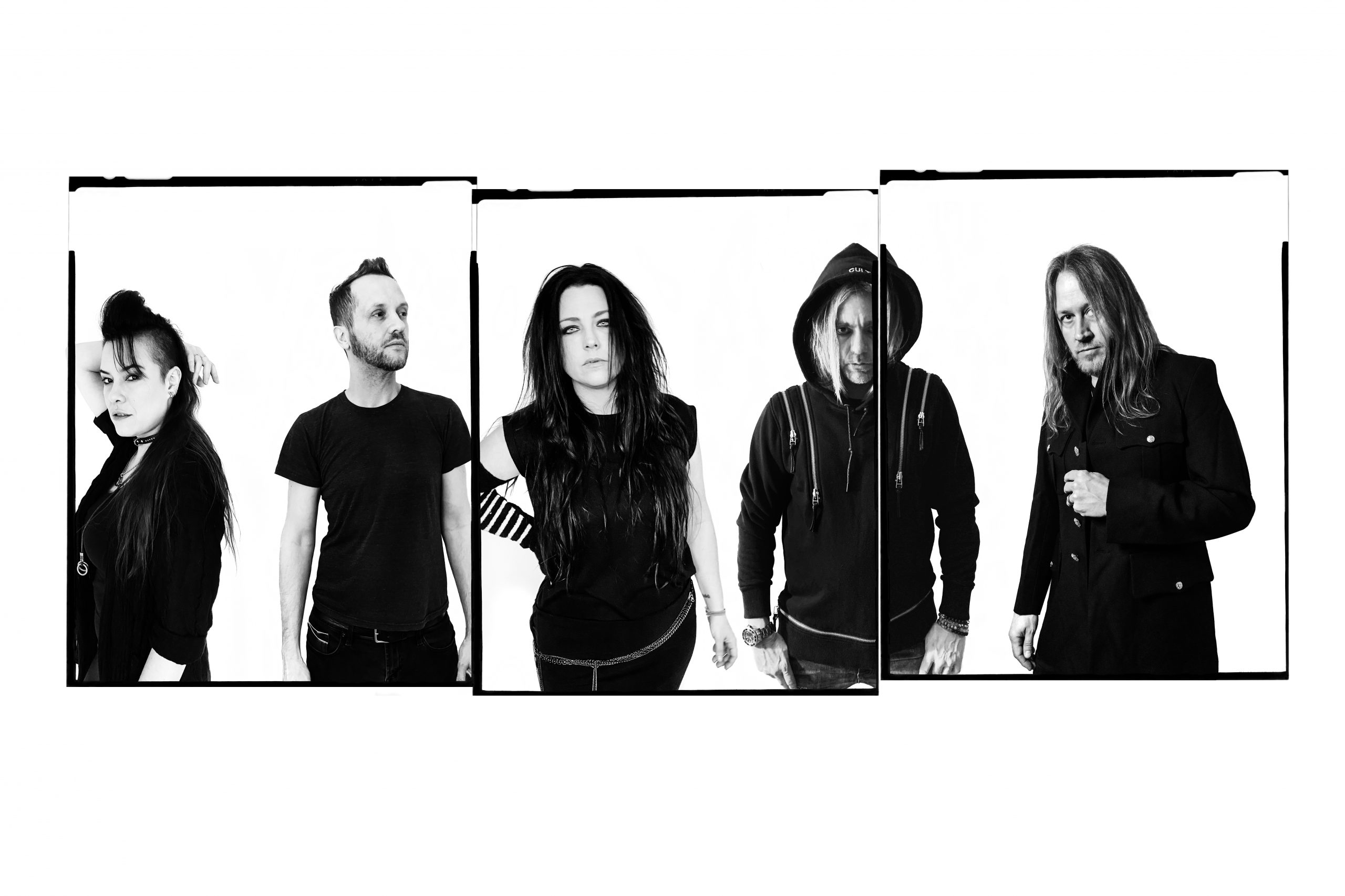 The Bitter Truth will mark a special time for Evanescence and fans alike, as it is the band’s first album of original tracks in over a decade. That is, understandably, a hell of a lot of hype to live up to. Upon hearing it, it is fair to say that the new album is undoubtedly influenced by the band’s maturing over the past 10 years, but The Bitter Truth still stays true to Evanescence‘s classic sound. The Bitter Truth is biting, powerful, honest, and packed full of punchy and captivating guitar driven tracks. The album expands everything Evanescence has ever been and branches it to new grounds, on a personal, lyrical, and musical level.

The album kicks off with the hypnotic tones of Artifact/The Turn, accompanied by Amy Lee‘s ever enchanting vocals. There is an emotional atmosphere to the track through the melodic pulses which burst, flourish, and grow as the track proceeds. The gradual momentum and tension building throughout the track’s course is beautifully executed, to truly deliver on chills. The track blooms into the punchier rock beats of Broken Pieces Shine, which is one of the strongest tracks on the album. It shows Evanescence are back to deliver on their power, fieriness, and likewise enchanting tracks. Broken Pieces Shine could leave you head-banging to last for days.

The Game Is Over was the second released single of the album and very much feels nostalgic to Evanescence‘s classic albums. It is drum heavy, but dials down on the level of fieriness of Broken Pieces Shine and instead takes an emotional direction. We love the dynamic and versatile nature of the album. The Game Is Over gives off an empowering tone and really plays up Lee’s ever breathtaking vocal power. Next we get the pulsing electronic beats of the fourth single Yeah Right, which seamlessly blends a bouncy, almost pop-like sound with the rocky clashes of the band, again raising prevalence of the beats. Further mashed are the twinkling keys of piano and the track proves it is ambitious, but still showcases Evanescence‘s variety in this album.

Feeding The Dark has a trance-like and, rather fittingly, dark sound. The guitar truly pulls this track together for a versatile and sinister sound throughout the verses. The chorus delivers on the band’s powerful vocals, and the gradual introduction of the piano reinforces the trance-like tone of Feeding The Dark. Wasted On You was the first released single of the album and it’s easy to see why. The track is catchy from the offset, the stripped-back nature of it combined with frequent references to The Bitter Truth give it an anthem-like sound. It is quite simply beautiful, from the romantic hypnotic pulses, to the metal bursts of Evanescence during the chorus, to Lee’s emotive vocals, all of these make Wasted On You a highlight of the album.

Better Without You is the fifth single from the album and kicks off with the chiming of a music box, before kicking into the exhilarating buzzes of the band. The track finds a nice in between with what the album has presented so far, it’s not full on power but not completely slowed down. It is one of the feel good power tracks of the album. Use My Voice served as the third single of the album, featuring vocals from fellow women in metal, Sharon den Adel, Taylor Momsen, and Lzzy Hale. The track is undoubtedly an empowering track and the anthem vibe of it kicks off in the chorus. It is a powerful, motivational, and feel-good song, with a great range of pacing throughout its duration. Be prepared to be left with chills as Lee cries “Don’t you speak for me.”

Take Cover has a great conflict vibe, with vibrational pulses littered throughout. It is dynamic, punchy, and has a sense of wildness to it. It makes for a great follow up to Use My Voice, to bring the bouncy and heavier pacing back up. Far From Heaven slows the pacing and strips the album right back to its bones. The track is arguably Evanescence‘s most personal yet, it will seem reminiscent of some of the band’s previous songs like Hello. Far From Heaven is emotional and touching, made complete with Lee’s passionate vocals.

Part of Me brings the fieriness and heaviness back with the raising tempo. The pacing is dynamic across the track’s course, which flows seamlessly. We love the faster verses which then takes it down in speed upon meeting the chorus. Part Of Me packs the feel of being another power track on the album. The Bitter Truth concludes with Blind Belief, which rings out with the emotive keys of the piano, before the band explodes into life to present a track that is varied in pacing whilst delivering a powerful message. As a closing track, Blind Belief is nothing extraordinary, but it serves as an enjoyable song nonetheless.

The Bitter Truth delivers on everything Evanescence fans have been missing from the band since their last album of original tracks. Evanescence go more personal than ever before with tracks like Far From Heaven, which the band communicates on an intimate and emotional level. The album has an excellent range of pacing, perhaps best shown from the transition of the powerful but slower Use My Voice into the punchy and dynamic Take Cover, which lands back into the touching and emotive Far From Heaven.

Evanescence pull off feeling nostalgic to their previous albums, whilst keeping The Bitter Truth feeling new and refreshed.

Standout Tracks: Broken Pieces Shine, The Game Is Over, Wasted On You, Use My Voice

For Fans Of: Within Temptation, Nightwish, We Are The Fallen